Xliponia is one of the small nations of Europe, a kingdom on the Ionian Sea with a long history and rich culture. For this reason, and for its beautiful landscape, it is well worth a visit. It belongs to the Confederatio Romana.

Constitution of the Kingdom of Xliponia

For full text, see the Constitution of the Kingdom of Xliponia.

Xlipionia is a parliamentary monarchy. The Constitution, established in 2000, divides the powers of the state into the Legislative (the Parliament), the Executive (the Prime Minister and the Ministries), the Judiciary (the Courts of Justice), and the Moderating (the King). Xliponia's monarchy is hereditary, and the king's power is closely circumscribed by the Constitution.

Ministries of the Kingdom of Xliponia and their Departments 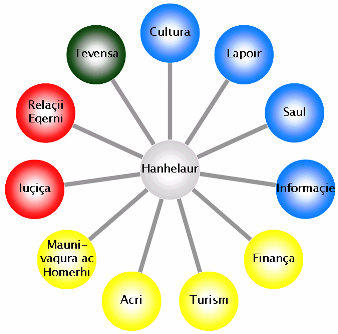 A Brief Outline of Xliponian History 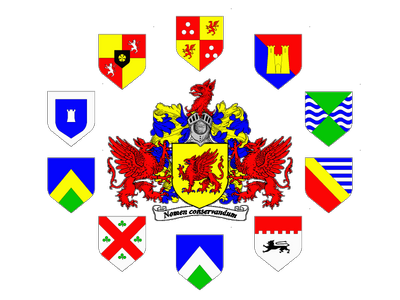 The Arms of the Kingdom and its Provinces

During the 5th century BCE, Kerkyra and Epeiros were part of the Attic Naval Alliance. In the next century, the two allied regions were not included in the Philippian and Alexandrian empires, even though neighbouring provinces were.

Roman domination began in 146 BCE during the Third Punic War. In the year 40 BCE, with the division of the Roman Empire, the region now known as Xliponia fell under the rule of Antonius as part of the province of Macedonia. The principal settlement there was called Colonia Argentea Plebeia on account of the plentiful silver mines in the region. From Plebeia comes the root Xlip- of the country's modern name. The region was also well-known for its lead mines, its wool and its excellent wine.

In 30 BCE the decisive Battle of Actium, where Agrippa defeated Cleopatra, was fought very close to the southern border of CAP.

The Slavic expansion of the late 9th-early 10th centuries did not reach Xliponian territory, neither did the Mongols in the 13th century.

The Byzantine Empire dominated the region until its dissolution in 1453, but before that several small monarchies sprang up, which were unified in 1132 under Odo I. In 1190, on the way to Jerusalem, the English Earl Edward of Mersdon became king when a series of mishaps left no living heir to the throne. Due to this fact the Earl's coat of arms became that of the realm – without a crown, to symbolise the loss of the dynasty.

In the 13th century, when Genoese trade became intense in the region, Xliponia came under the protection of Venice due to its strategic position at the mouth of the Adriatic Sea, whence it was possible to control ingoing and outgoing traffic.

All through the existence of the Byzantine Empire, and later the Ottoman, Xliponia – a small state surrounded by powerful neighbours – enjoyed protection and guarantee of independence by various European powers, especially the Venetians and England, later the Federated Kingdoms. Due to this fact Xliponia has maintained its political neutrality through a series of conflicts, most notably – in recent times – the two Great Wars.

During the centuries following unification Xliponian culture kept pace with that of the European countries. A notable work of this period is the linguistic-astronomic tract Stella Linguarum by Karol of Vont (1384-1442), which was extensively copied, commented and expanded upon all over Europe.

Xliponia did not suffer from the Turkish blockade in 1450; Venetian protection guaranteed Levantine trade. From the 15th century on Xliponia constituted a coastal strip surrounded by Ottoman territories.

Starting in 1492, small contingents of Jews expelled from the Iberian Peninsula reached the shores of Xliponia; they settled in the province of Atmar and became known as Atmaranos.

Among Xliponian contributions to the Age of Explorations is a comprehensive map of the eastern South American coast drawn in 1502 by Artus Motinus, then at the service of the Portuguese crown. Several Xliponians took part in exploratory voyages to the Americas and the Far East.

In the early 19th century Xliponia became a region under the special protection of the Federated Kingdoms, constituting – in loose and temporary alliance with the Ionian Islands – a base against Napoleonic power in the Mediterranean.

The age of industrialisation saw the rise of an initially rural-based, later urban rebellious organisation, called the Mapukra in the dialect of Meirç, whose avowed aim was overthrow of the monarchy and establishment of independent provincial governments. This organisation went underground in the last quarter of the 19th century and was not significantly suppressed until the late 1960s under King Luc VII.

During the Great Wars Xliponia maintained a resolute – some say fierce – neutrality, accepting refugees from all sides, most of which returned to their home countries after the wars ended. Some fighting along the border and at sea was inevitable; a few thousands were lost in GWI and GWII.

Xliponia collaborates in the space effort of the Federated Kingdoms by supplying basic research and offering the infrastructure-rich region north of the city of Hostreht as a launching base for spacecraft.

Today Xliponia (pronounced ShlipoNIa in the national language) is a parliamentary monarchy. The reigning King is H. M. Rudolf III. The structure of the State is set out in the Constitution. The seat of the Monarchy and Parliament is the city of Bovlai, also capital of the province of the same name. The other nine provinces also share the names of their respective capitals: Ançec, Atmar, Hastr, Hostreht, Lim, Meirç, Monnalp, Orflain and Vont.

Two main parties, besides almost a dozen minor ones, share the contemporary Xliponian political scene: the Loyalists and the Liberals. Xliponia maintains diplomatic relations with most nations and international institutions.

Or a griffin passant gules armed, eyed and langued azure. Supporters: two griffins segreant gules. Mantling azure doubled or. Crest: on a wreath gules and or a griffin's head erased gules. On an escroll the motto: Nomen conservandum.

The Arms bear no crown to indicate the lack of a rightful heir in 1190.

Similar to the National Flag, with the addition of the Royal Badge: a griffin's head erased

After the adoption of the anthem the same melody was arranged by Kremer for the Wassermusik.