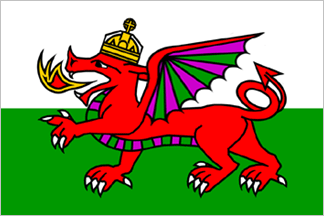 Ill Bethisad ("the universe" in Brithenig, a calque of Welsh bydysawd) had as its origins the constructed world and history devised in 1996 by Andrew Smith of New Zealand where his constructed language (called Brithenig) exists. Brithenig itself is a constructed Romance language based on the premise that the Latin spoken in Roman Britain did not die out but rather developped into a modern Romance language akin to Spanish and French. Since its original conception, Brithenig has attracted a number of fans who have either created their own conlangs within Ill Bethisad, a term that has come to be applied to the constructed reality of this alternate timeline, or else have contributed to shaping its history and cultures.

Ill Bethisad is different from other alternate histories in that it has numerous Points of Divergence or PODs, whereas others, such as Harry Turtledove's Southern Victory series, where the South wins the war against the North, and the resulting wars that would wrack the North American continent, have only one.

Because of the numerous PODs and the fact that we have a large number of participants, we've implemented several principles, such as Quod Scripsi, Scripsi, that help us establish and defend the corpus of canonical fact for this alternate world. (see: How It All Works and What IB Is and What IB Ain't)

This wiki is Ill Bethisad's most elaborate source of information. It should be noted, however, that it is only one out of several places were materials regarding IB can be found. See the Links page for a list of websites, discussion fora, etc.

If you are interested in participation in the project, please read this first.

From the Archivum Anticum (19, February, 1999), one of the first descriptions of Ill Bethisad as a whole:

This is interesting. I don't think you have told us about the Kemrese. I gather the conworld is an alternate one maybe. Please tell us more!

The Kemrese are simply the Brithenig speakers, who make occasional appearances on Conlang. It is indeed an alternate world; and one where the Latin language survives in Britain after the Romans retreated.

The intervening centuries have seen the political consolidation of the Kemrese state, and the amalgamation of Roman and Celtic culture. They've got a constitutional monarchy and most of the doodads associated with (reasonably) modern society. Some differences to note between *there* and *here*: long distance travel is accomplished by means of zeppelins, since aeroplanes are relegated to military use; life is a little slower-paced on the whole and technology isn't quite as advanced (though is probably more advanced in some areas): motorcars are not seen with the same high frequency, and indeed, many country roads are unpaved; trains play a significant role in land transport. The "metric system" is relegated to history books as a mad scheme adopted by the First French Republic, but was shortly abandoned; the whole world doesn't speak English (I think it may be safe to say that Brithenig, French and Spanish are strong contenders in the West); the money is not decimal (pounds / shillings / pence in much of western Europe; escudos / reales / maravedis (or similar) in Spain and Latin America).

Culturally, the Kemrese consider themselves "Romans" and therefore aligned somewhat with the Latin world; but still have a firm Celtic root. There is some sort of clan system in effect (though I don't know much about it); loud bagpipes and clarinets, jigs and contradances, town brass bands and harp wielding bards figure prominently in the musical end of things; pubs, ale, football (nòt US style!), rugby, horseracing, and vocal political discourse (often in conjunction with the aforementioned ale in pubs) round out daily life fairly well.