Bovair is the national airline of Xliponia. It is based at Bovlai Aerodrome in the nation's capital, and runs airships to most large cities in Europe and to many on other continents. The government of Xliponia own a 25% share in the company.

Founded in 1938, Bovair managed to function profitably throughout the war years, and has been posting profit of some level since then. 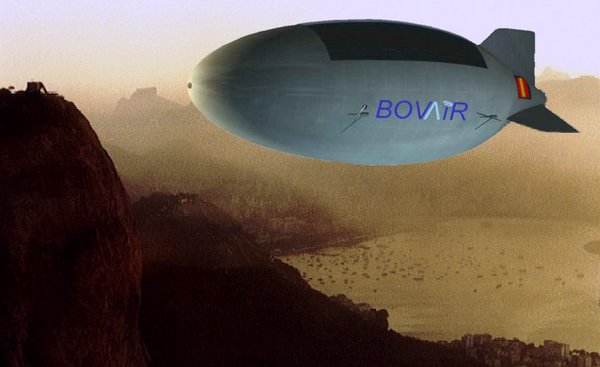 A small airship for local transport at the base
Retrieved from "http://ib.frath.net/w/Bovair"
Categories: Corporations | Transportation | Aviation