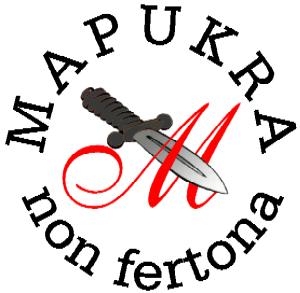 The age of incipient industrialisation in Xliponia - the reign of Otho IV in the 1840s - witnessed the public appearance of an initially rural-based, later mainly urban rebellious organisation, called the Mapukra in the dialect of Meirç. The name is derived from Latin manus pulchra "beautiful (i. e., just) hand" (the Meirçan dialect, while dropping case endings like standard Xliponian, did largely bypass Lautverschiebung and diphthongisation).

In fact, the roots of the Mapukra reach back much farther in time, to the struggles surrounding the legitimacy of Maqim I in the mid-14th century, when many wealthy landowners sided with the faction that sought to destroy the unified monarchy, which at that point was more than 200 years old.

At the outset the avowed aim of this dissident group was overthrowing the monarchy and establishing independent provincial governments. Later - when the house of Bailbiret came to power - it turned into an increasingly outlaw organisation dealing in all kinds of crimes and misdemeanours throughout the country, while still maintaining its "idealist" façade. The Mapukra went underground in the last quarter of the 19th century, establishing "chapters" in other countries as well.

It was not significantly suppressed until the late 1960s under King Luc VII. Common knowledge has it that the Mapukra is still active under various disguises. The disappearance of Valtr a Qant, marquis and cartoonist, is attributed to this organisation, whose slogan - The Mapukra Does Not Forgive! - is exceedingly well known by everyone.