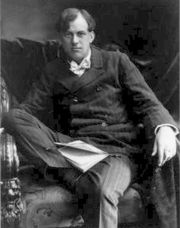 Instead, Croly (he changed his name after attending the University of Castreleon) became an ardent free thinker and Ecotopian. Although initially close to his father, Croly always chaffed under his parents' rules. When his mother died in childbirth to a daughter, Greid Mair Elisabeth Ó Cruadhlaoch (1880-1959), the five-year-old Aleisandr was intensely jealous of his new little sister, although in time they became the best of friends (he once credited her with teaching him that women were human beings).

The schism with his father resulted in his disinheritance in 1896, forcing the young man to pay his own way. Unsubstantiated rumors persist that Croly at this point prostituted himself to other men in order to make ends meet. Although this may or may not have been true, he certainly explored his bisexuality at this point and later openly supported the Green Carnation Party. It is known, however, that he was an excellent player of card games--often for money--and did manage to publish two books of (explicit for the time) love poetry. His other interests were science, history, mountaineering and chess. In 1900 he won a position in the Kemrese diplomatic corps, serving as a minor official for several years in Egypt then Xliponia. It was during this period, 1900-1910, he declared himself an atheist. He also developed a growing reputation as a womanizer as well as a mountaineer and chess master.

In 1911 Croly's father died, leaving a considerable fortune to his daughter. She in turn, and in direct violation of their father's wishes, gave half the estate to her brother--with whom she had remained in secret contact. Croly never needed to work again.

For the next decade, Croly was something of a playboy/dilletente. His only output was three books of poetry and a novel, Moon Children, a sexual farce that was also a fierce satire against the political and religious institutions of the day. Each caused controversy, none moreso than the last because of a character called "Lord Kinglet" who was widely viewed as a thinly veiled version of Gereint XII. He almost faced prosecution.

What seemed to shake him out of this period was the death in childbirth of his mistress, Neofrancian mezzo-soprano Marie-Anne Asselin (1888-1920). The child, a daughter, lived less than three months. The event was a strange copy of the death of his mother, as biographers have noted several times. It was in this period he began a correspondence with Irish author and critic Seoirse Bearnárd Ó Sé (1896-1950) which was to last the rest of his life.

In 1921, Croly began to write reviews and critiques of different plays and novels for literary magazines in Castreleon. He very soon began covering other matters, writing essays about a wide range of subjects including the First Great War, the theories of Dewidd Bendith and Sikmunt Frojt as well as the future of aeroplanes. He attended and wrote about the so-called Scopes Trial wherein Jeremiah Jennings Bryan sought to thwart the teaching of evolution in American schools in 1925. He also wrote scathing personal assessments of various public figures, including Sherrinford Bell, Pope Benedict XV and Russian leader Admiral Aleksandr Kolchak. He became renowned not only as an Anti-Monarchist (even penning an essay praising the French Revolution) but also one of the most eloquent and prolific defenders of Ecotopism.

Croly died during the Second Great War, of heart failure.

A major intellectual figure of the early XXth century, Croly has been the subject of (or at least a character in) several plays, films and novels. His fervent atheism let some to label him "The Great Beast," while others agree with the title bestowed by one admiring biographer "The Most Enlightened Man on Earth." His personal papers and notes were left to Magellan University in New Amsterdam.