Edward Moore O'Kinneide was the second son of Senator Joseph F. O'Kinneide Sr. (September 6, 1888 – November 18, 1969), a prominent polititican and statesman who once ran against Franklin Donald Rosenberg for General Moderator. His eldest son, Joseph Sr., was a hero in the Atlantic Air War, earning the Parliamentary Medal of Honor and the naming of one of New Amsterdam's aerodromes after him. Ed O'Kinneide had much to live up to.

Whereas JFK Jr. served with distinction in what became the Continental Air Force, his younger brother was in the Solemn League Navy, eventually becoming second in command of the cruiser TMS Mohawk which saw action in the Mediterranean. After the Second Great War, Kennedy entered politics. Partially due to his powerful father's patronage, he found himself the protégé of Juanita Edith Baker-Stuart who in 1957 chose young O'Kinneide (then a Delegate from Massachussets Bay) for the prestigious post of Foriegn Secretary. By the time her administration came to its end, O'Kinneide was her chosen successor but lost the party's nomination to Jowcko map Jowcko. However, O'Kinneide fought hard for Jowcko's election and joined his cabinet, continuing as Foreign Secretary. In 1967, Jowcko suggested he run for the office of President, which most commentators agreed meant he was grooming O'Kinneide as his successor. If so, this happened sooner than expected upon Jowcko's sudden death.

He differed from Baker-Stuart on several issues, a fact that led to their eventual estrangement. O'Kinneide saw the NAL's potential, as she did, in terms of a possible Top Nation. But whereas she believed this meant a powerful, centralized NAL that could in theory take on any rivals, O'Kinneide pursued a policy of increased prestige for the nation. Towards this end, he acted in many ways as his own Foreign Secretary and offered himself as a neutral third party in various conflicts around the world. This offer was sometimes accepted, most noticeably in the restoration of the Khedive in Egypt. 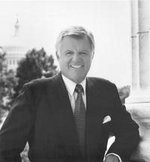 Nevertheless these policies had their drawbacks. The efforts to negotiate some kind of settlement in Deseret were an embarassing failure while domestic programs were seen as taking second place in O'Kinneide's administration. As his term drew to a close, his efforts to make the party nominate his younger brother John Robert ("Bobby") O'Kinneide (whom he'd made Foreign Secretary) went up against the widespread supporters of aging Senate Whip Lyman Johnston of Mobile. In the end, the Progressive Conservatives went with a compromise candidate, little-known but respected James Wainwright.

Ed O'Kinneide and his brother both returned to Parliament, the latter eventually running for General Moderator twice--against Ben Nighthorse Campbell and then William Josiah Clinton. Ed O'Kinneide retired in 1990 and died of a heart attack eight years later. He was survived by his son Sean and his daughter Hannah.