Mongolia (Khalkha Mongolian: Монгол Улс) is a landlocked nation in central Asia, bordered by Russia to the north and the Beihanguo to the south. It was the center of the Mongol Empire of the 13th century, but was ruled by the Chinese Qing dynasty from the end of the 17th century until an independent government was again formed with SNOR assistance in 1921. However, it was treated as a Russian satellite for most of the period. SNORist Russian general Roman von Ungern-Sternberg, commander of the Russian garrison in Niislel Hüree, was considered the de-facto ruler of the country during the early SNORist period; he even personally modified SNORist doctrine to be compatible to Buddhist traditions, and was known as the founding father of "Buddhist SNORism". After the fall of SNOR, Mongolia became a democracy. Larger than Alyaska with the addition of the former Chinese region of Inner Mongolia, Mongolia has very little arable land: much of its area is grassland, with mountains in the north and west and the Gobi Desert in the south. Most of the population are nomadic Tibetan Buddhists of the Mongol ethnicity.

The Mongolian heartland consists of relatively flat steppes. The southern portion of the country is taken up by the Gobi Desert, while the northern and western portions are mountainous.

Most of the country is hot in the summer and extremely cold in the winter, with temperatures dropping as low as -30 °C (-22 °F). The country is also subject to occasional harsh climactic conditions known as zud or dzud. 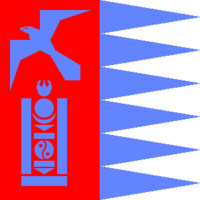