Beihanguo is the largest nation in the former Chinese Empire and is often informally called simply "China".

After the Great Oriental War, Beihanguo was devastated and spent the first three years of its new existence under the reconstructive eye of Australasia. When it was finally made independent and democratic by Australasia, the New Worker's Party (XGD) came to power quickly. This was, essentially, a Social Democratic party, despite the Communist-sounding name. It was closely allied to Australasia's Labour Party. In 1953, China exchanged Qingdao for a piece of reclaimed land in Scandinavia, on Amager Island, and a modest-sized sum of money. On this island, China created the town of Hezuocheng, possibly one of the most attractive towns in Denmark, and ensured an ally with the Scandinavian Realm. The XGD was definitely a good thing for China and they regenerated quickly. However, into the '70s, the socialism of the party did not suit the richer citizens and it was eventually voted out of office in 1972. In 1980, China aided Nanhanguo against agressive moves by Hunan, and successfully repelled the small force. Fifty-four years since the war, China is now a thoroughly modern and prosperous democratic nation and a rising power on the world stage. 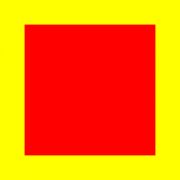 Beihanguo is divided into seven provinces, and one autonomous region

With the completion of the western branch of the Kieñan Xiñcansen in the late 1980s, plans were made to connect Sinyiju in Corea with Zhenxing (振兴区) across the Yalu River. Plans have continued to build and change over the years, but in 2003, ground was broken for a high-speed rail connection from Xinjing to Zhenxing, and into the Corean rail network, allowing high-speed freight trains to travel, ensuring a peaceful connection between Beihanguo and the Empire of Japan.

Part of this network will be improved with the completion of the Bohai Strait Tunnel. Using technical knowhow from the Japan-Corea Tunnel, the Bohai tunnel, upon completion, will put Dalian and Dandong within much closer proximity to the capital. Construction should end in 2020.

Xinjing (新京), literally "New Capital", is the capital of Beihanguo. It was founded near the ruins of Beijing in 1950.

The ruins of Beijing are now a protected area, a monument to the horrors of nuclear war, and the city is a major center of the Anti-Nuclear Movement.