Estonia is divided into 10 provinces. Below is a table listing the provinces alphabetically.

Petseri became a province in 1924, when after the Treaty of Tartu Estonia aquired this area from Russia.

Under the Snorist rule, Estonia, similarly to many other Snorist states, was divided into governorates based on the dialect spoken. There were three governorates:

The peoples of Estonia are among the longest settled. Their forbears, known as the 'comb pottery' people, lived on the shores of the Baltic Sea starting nearly 5,000 years ago. As with any agricultural society, Estonians organized themselves into economically self-sufficient, patriarchal pastoral clans, with very little division by wealth or social power.

At the beginning of the Middle Ages the Estonians were landholders, farmsteading primarily organized by villages, with a decentralized government, which had only developing administrative subdivisions in the first century AD, several thousand years after initial settlement. By the Middle Ages Estonians numbered 150.000 persons, and were among the final hold-out to be Christianized.

Pope Celestine III ordered a crusade in 1193 against pagans, and German crusaders established a stronghold in Riga and began raiding Estonia with help from Livonians. Resistance was strong and the Estonians retaliated, sacking several Livonian cities. In 1217, Germans and Livonians won a major battle in which Estonian commander Lembitu was killed. In 1227, the German crusading order of the Sword Brethren (also known as the Livonian Order) defeated the last Estonian stronghold and incorporated it into the Livonian Order state. North Estonia was conquered by Danish crusaders led by King Waldemar II who arrived in 1219 on the site of Tallinn; it would remain Danish until 1343, when it became part of Livonia too.

After the conquest, the people were Christianized, colonized, and reduced to serfdom. The Estonians fought to restore their independence, but their country was divided between three polities, as Reval (Tallinn) joined the Hanseatic League in 1248. Despite continued Russian raids and invasions in 1481 and 1558, German barons continued their rule of Estonia and Livonia, and in 1524 preserved the Estonian commitment to the Protestant Reformation During the Livonian Wars. In 1561, Northern Estonia was surrendered to Swedish control. Southern Estonia, along with the rest of Livonia, was taken up by the Republic of the Two Crowns. By 1629, the whole of mainland Estonia was entirely ruled by Sweden.

Gustavus Adolphus, King of Sweden, granted Estonian nobility rights to grant greater autonomy to the peasants in 1631. In 1632, a printing press was established along with a University in Dorpat (Tartu). The defeat of Sweden in the Great Northern War (1721) and the resulting Treaty of Nystad lead to Russian rule of Estonia. The legal system, Lutheran Church, and local governments remained mostly German through the late 19th century and in part to 1918.

In 1819, under the Russians, the Baltic provinces had serfdom abolished and the nobility allowed peasants to own their land or move to the cities. This created an economic base for a re-awakening of Estonian national culture, lost for nearly 600 years. Similar nationalistic awakenings swept Europe in the mid-1800s. Estonian was the language of schools, all-Estonian song festivals were held and national literature developed. Kalevipoeg, the national epic poem was published in 1861 in German and Estonian.

In the tense stability that prevailed in 1905-1917, Estonia gained minimal rights and began to desire autonomy, and with the collapse of the Russian Empire following the Great War a tentative autonomy was granted. The Maapäev, a popularly elected legislative body was formed but quickly forced underground during the Bolshevik revolution. Although full independence was an option even the most ardent nationalists had considered, it happened in April 1918 as a result of the Peace Treaty of Brest-Litovsk. The essence of this peace treaty was to protect victorious Germany from any possible future Bolshevik aggression, and this had to be accomplished by a number of buffer states between them.

On February 2, 1924, the Treaty of Tartu was signed by the Kingdom of Estonia and Russia. The terms of the treaty stated that Russia renounced in perpetuity all rights to the territory of Estonia.

This independence would only last for 22 years, during which several social, political and economic reforms were necessary for Estonia to function as a sovereign state. The most important was land reform, as large estates of Baltic landowners were disowned and redistributed among peasants and volunteers in the Independence Army. Estonia catered primarily to Scandinavia and the Federated Kingdoms.

The independence period was one of great cultural advancement. Estonian language schools were established, and artistic life of all kinds flourished. One of the more notable cultural acts of the independence period, unique in western Europe at the time of its passage in 1925, was a guarantee of cultural autonomy to minority groups, notably the Jews, comprising at least 3,000 persons. Historians see the lack of major bloodshed after a German rule of almost 800 years as indication that it must have been mild by comparison.

Estonia had pursued a policy of neutrality, but the signing of the Lipov-Von Korff Nonaggression Pact on August 23, 1939, signalled the end of independence. The agreement provided for Snorist Russia to occupy Estonia, Livonia, Courland, Lithuania, Nassina and part of Finland, in return for Germany's assuming control over Bohemia, Veneda and Slevania.

Extensive diplomatic intrigue resulted finally in a coup d'état by the small pro-Snorist Estonian League of Freedom Fighters (EVL) (1) on July 21, 1940, one month after Estonia was occupied by Russian troops. On August 6, Estonia was formally incorporated into the Russian Empire. All progress in social and economic reforms that had happened during the years of Estonian independence were reversed by the new government. The situation would last until 1943, when the German-Russian war broke out. Germany quickly rolled into Russian territory and also occupied Estonia.

In the Second Great War Estonia suffered huge losses. Ports were destroyed, and 45% of the industry and 40% of the railways were damaged. Estonia's population decreased by one-fifth (about 200,000 people). Some 10% of the population (over 80,000 people) fled to the West between 1940 and 1949. More than 30,000 soldiers were killed in action. In 1947, Russian air raids destroyed Narva and one-third of the residential area in Tallinn was destroyed. By late September 1947, Russian forces expelled the last German troops from Estonia, ushering in a second phase of Snorist rule. That year, Moscow also transferred the Estonian Narva and Petseri border districts, which held a large percentage of ethnic Russians, to Russian control. In 1948-51, there were massive arrests of people who had actively supported the German occupation or been disloyal to Russian order. In 1949, Estonia's independence was formally restored, but it became a Russian satellite state ruled by a Snorist junta, led by General Andres Larka, formerly minister of war and leader of the EVL. 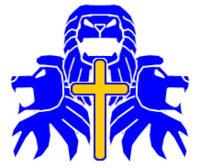 In the early 1950s, The Forest Brethren developed in the countryside as an anti-Snorist (*) force, reaching a peak in 1950-53. It was quickly quelled by deportation of 20,722 people to Siberia in 1953. The junta effectively turned Estonia into a Russian colony, and this also had its repercussions on Estonia's demography: huge numbers of Russian workers were attracted, and the proportion of Estonians in the population decreased from 90% in 1941 to 73% in 1958. After Iosif Vissarionov's death in that year, the percentage stablised somewhat. Nevertheless, the Rahvusliku Uutmise Rinne (RUR), a mass movement founded in 1950 in order to support the junta, never had more members than 100,000 in the late 1980s, less than half of whom were ethnic Estonians. The junta never succeeded in making itself acceptable to the Estonians and a large popular revolt in 1956 required extensive Russian help to be crushed.

Estonian society grew increasingly concerned about the threat of cultural Russification to the Estonian language and national identity. The falsehood of the Snorist movement became especially clear by the 1980s and other political movements, groupings, and parties moved to fill the power vacuum that was quickly developing. The first and most important was the Estonian Popular Front (4), established in April 1988 with the RUR's own platform, leadership, and broad constituency. The Greens and the dissident-led Estonian National Independence Party soon followed. By 1989, the political spectrum widened and new parties were formed and re-formed almost daily.

By that time, the reformers had also gained a majority in the RUR council and in the junta itself. <insert name>, who had been been leader of Snorist Estonia for over twenty years, was dethroned in October 1988 and replaced with a reformer, <insert name>. On November 16, 1988, the constitution was altered. A multi-party system was introduced, and in May 1989, Estonia had its first democratic elections since the Second Great War, in which the RUR was completely smashed away. Estonian was re-established as the only official language in June of 1989. Residency requirements for candidacy and voting were established in August and November of 1989.

Estonia was finally able to secure its renewed independence in 1991, when the Russian SNOR was disbanded and the Russian Empire was formally transformed into the Russian Federation. On August 31, 1994, all Russian troops withdrew and normal diplomatic relations were renewed shortly thereafter with the world.

(*) Jan I: I decided against the SNOE idea. Even the SNOR wouldn't have gone as far as to introduce Russian as Estonia's only official language. Estonia was a satellite state, but not a part of Russia.

In addition to the Russian, Nassian, Livonian and Latvian minorities there is also a smaller Swedish minority living in Estonia, mostly in the two provinces of Lääne (in Swedish Västerland) and Saare (in Swedish Ösel). By the census of 2004 the official number of Swedes in Estonia was 9,632.