The Pacific States, also known as Oceania, are broadly divided into the three regions of Polynesia, Micronesia, and Melanesia. Polynesia is the only region with much linguistic or cultural continuity. The Micronesian islands have a shared history, dominated successively by Wa'ab, Castile and Leon, and Japan, but is home to a wide range of languages (the experiment of Unified Micronesian notwithstanding). Melanesia is a catch-all region stretching from Papua to Fiji, its islands and cultures having little in common other than proximity.

The following nations are QSS:

The rest provisionally consists of (and subject to change): 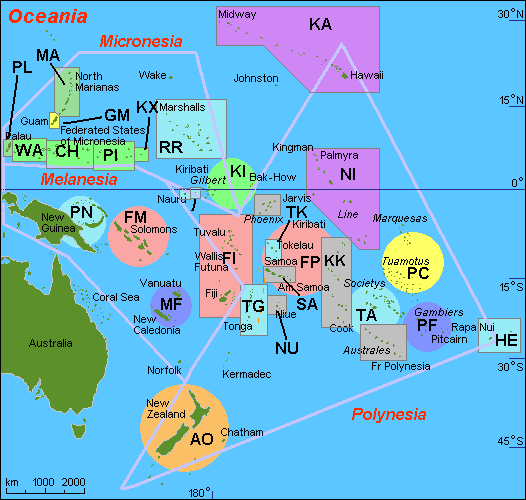 Boxes represent QSS nations. Circles represent nations which provisionally exist, but whose exact borders are not known. The colors stand for:

Another map of QSS states is below. It should be noted that some borders are uncertain. In particular, the eastern border of Malucos is unknown, and the exact islands under Australasian control are simply assumed to be the same as *here* 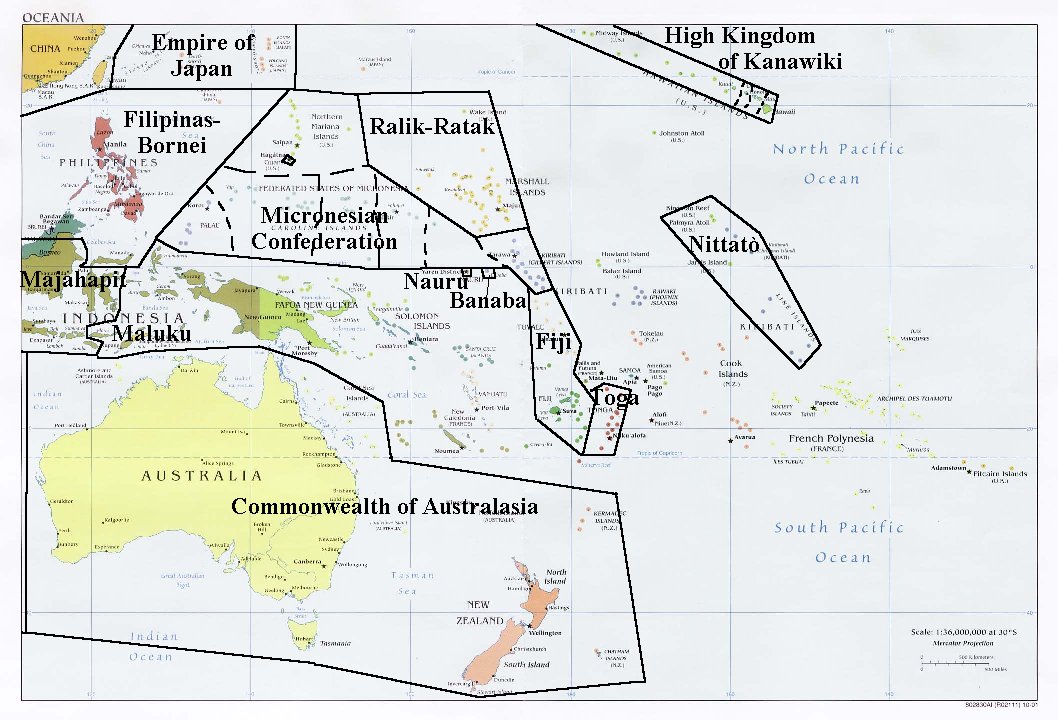