Inspector Watson is easily the most famous fictional detective in the world, as well as one of the most recognizable fictional characters ever. He is the central character in literally hundreds of plays, movies, t.v. and radio series, at least three operas and one ballet. This is in addition to the original six novels and two short story collections in which he originally appeared.

There is even a museum in downtown London devoted to this most famous, if imaginary, detective in English history.

The creation of Sir Uther Conan Doyle (1855 - 1934), Hamish Watson has become an icon. His signature appearance—the long Inverness coat, the floppy broad-brimmed hat—has become synonymous in people’s minds with “detective” the world over. For years the English postal service had to deal with thousands of letters addressed to his famous (but nonexistent) London address of 221A Quaker Street. Almost as famous is his supposed partner and chronicler of adventures, Sargeant Mycroft Jones. He has become an archetype in the mystery genre, so that it is almost expected for a fictional sleuth to have a "Sgt. Jones.”

Other mystery and detective stories predated Watson. Poe’s Murders in the Rue Morgue as well as Wilkie’s The Moonstone and Woman in White almost certainly influenced Doyle, as perhaps did Dickens’ The Mystery of Edwin Drood but not until the creation of Inspector Hamish Watson could it be said that the mystery genre had really come into being.

It is almost certain that Doyle based his character on a real person, the elusive William Sherlock Holmes (born 1854), who acted as a private detective in late-19th and early-20th-century England. Very few reliable documents survive about W.S. Holmes, who is reputed to have brought the science of detection to its highest pitch, even though he was unknown to the general public. The Metropolitan Police seem to have benefitted greatly from his activities. 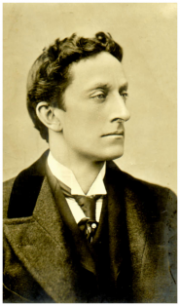 Doyle himself was a somewhat unremarkable person until achieving fame and wealth. Born outside London to a family of French/Irish roots going back to the 17th century, his life’s ambition was to become professional writer. Among Doyle's cousins was a polite debate over the exact origins of the family name, a matter in which he refused to become embroiled. Yet even after settling down to the “sensible” profession of eye doctor, he managed to achieve his dearest desire--in a way. His own favorite works, historical novels such as 1899’s Redhand, (based on the life of Owain ffeil Tomos) remain obscure (although at least not forgotten). In his private letters, he clearly resents the fact that his knighthood—bestowed for fund-raising and other efforts during GW1—would never have been given save for the existence of Hamish Watson.

Watson makes his very first appearance in the novel The Mark of Fear (1891), composed by Doyle during long hours of a meager medical practice. The book sold reasonably well, which encouraged the nascent author to write a sequel, The Seventh Door (1892) which became a bestseller. Indeed, it became the last original Inspector Watson novel ever to go out of print, and that for only a year and a half. Over the next several years, four more novels came out from Doyle’s pen featuring the increasingly famous Watson: The Cathedral of Secrets in 1894 (widely considered the best of the series and the most-often adapted for other media), followed by The Revenge of the D’Ascoynes in 1897, then The Wailing Voice in 1900 (generally considered the weakest of the novels) and finally The Terrible Hand in 1901. 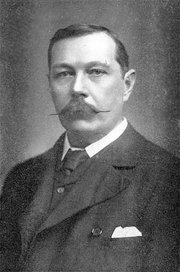 In this last, Doyle, by now weary of his creation, killed Watson off by having him confront a nemesis who was his equal—the notorious Colonel Thatcher, “author of half that is evil upon this sceptred isle.” Public outrage was intense. Watson’s demise was even blamed for contributing to the death of Queen Victoria! Yet Doyle, for a time at least, remained adamant. He longed to compose what he called “serious novels” and wished nothing more to do with Inspector Watson. Precisely why he changed his mind is something of a mystery in itself. Legend has it he answered a plea from the King. Another says he simply needed the money. Whatever the reason, in 1905 Doyle began to compose what ultimately became 66 short stories about Watson. They were published in the Strand Magazine and later gathered into three collections:

The Return of Inspector Watson

The Exploits of Inspector Watson

The Files of Inspector Watson 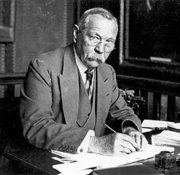 This last, published in 1928, was the final Inspector Watson adventure penned by Doyle himself. In that year, he received a knighthood. But also, that year saw his son Sherlock die of wounds sustained during the First Great War. Doyle never really recovered. He stopped writing, becoming fascinated by the occult and by spiritualists’ claims of being able to contact the dead. He and his wife spent a tiny fortune tracking down mediums and tales of life-after-death. He died of a heart attack in 1934. Doyle's will left a substantial portion of his estate to Oxford University towards the collection of books on the subject of communication with spiritual realms. His widow continued this work until her own death in 1945.

In 1952 a number of original Inspector Watson adventures by Doyle were found in a tin box that the author had bequeathed to Oxford University. Doyle's biographer Christopher Carpenter published twelve of them in 1960, after some slight editorial work, under the name Unfinished Stories of Inspector Watson. Probably Doyle himself intended to give them different names, but they were published under their respective "working titles". They are:

Doyle did live long enough to see his creation on screen. No less than twelve silent films were made featuring the detective. Twice these were completely unauthorized, forcing Doyle to sue. However, his widow and later his daughter’s family acceded to filmmakers’ requests for further filmed adaptations. The most famous of these starred Sir Basyl Rathbone, playing the Great Detective in more than 20 films between 1939 and 1951. He became permanently associated with the role, so much so that many later performers simply copied his mannerisms. Most of Rathbone’s films were original screenplays, fashioned from bits and pieces of various short stories. The one exception was his biggest hit, 1942’s The Cathedral of Secrets.

At the same time, there was a play making the rounds all over the world titled simply ‘’Inspector Watson’s Case’’. Dozens of other plays have built on Watson, some of them enjoying considerable success. But it was this one, written by Lysander Dean, which proved the most popular over time. It very loosely combines plot elements of The Mark of Fear, The Seventh Door and several short stories.

Radio adaptations of all six novels as well as every short story were aired at one time or another all over the FK, Kemr, the NAL, the Scandinavian Realm, Louisianne, even Russia between 1940 and 1975.

In 1963 the first t.v. series based on Watson was produced and lasted two seasons. In 1975 a more serious attempt was made, weaving together Doyle’s stories with original narrative and exploring the private life of Watson. It was well-received, and helped make a star out its lead actor, Jonathan Fridd. After five years it ceased production, although Fridd later starred in a big-screen adaptation of The Cathedral of Secrets in 1982.

One of the most enduring signs of Watson’s popularity is an international organization of fans who’ve dubbed themselves the Quaker Street Irregulars. The QSI publishes scholarly newsletters four times a year and have formal dinners annually for each nation. The largest chapter—and one that has included genuinely distinguished figures such as Johnathan Gotlieb Penn and Admiral Robert G. Heinlein—is in New Amsterdam. Among its current members is author V.A.Howard and former NAL General Moderator William Josiah Clinton.

Quotes from the Watson stories abound. Among the most popular is the one about his scientific method: "When you have excluded the impossible, whatever remains, however improbable, must be the truth - but the main difficulty lies in ensuring that all impossible contingencies have indeed been eliminated" (from The Missing Guest). On the other hand, the all-too-familiar "Elementary, my dear Jones" does not appear in the canon, but was first used by Rathbone in the movie The Cathedral of Secrets.

Once Watson became public domain in 1984 (fifty years after Doyle’s death), writers have began adding to what enthusiasts call “the canon” of the detective’s adventures. Arguably the two most famous of these are by Kemrese author Rhoberth Dain:

Murder Most Royal (1989) deals with Watson being asked to quietly look into the death of a companion of the Kemrese monarch. Her seeming suicide turns out to be murder, motivated by a secret surrounding the royal families of not only Kemr and the FK but of Prussia as well. This was a best-seller, and Dain followed it up with The Autumn Isles Horror (1992) set in a fictional chain of islands disputed by England and Kemr. In this, Watson and Jones investigate what seems to be a cult of demon-worshippers and find evidence of a legendary treasure from the time of King Arthur.

V.A.Howard wrote a novella-length pastiche of Watson that got considerable publicity when published in Dandy Magazine in 1993. "A Case of Blood" seized upon the very few hints of Watson’s family to argue that he and Colonel Thatcher were in fact half-brothers, playing out a deadly rivalry over the same young woman from their earliest days—said woman being Lady Emily Carstairs, the “only woman in Watson’s life” according to Doyle.

Brother filmmakers Georg and Lucas Spieldorf made a well-publicized movie about Jones and Watson as schoolboys together titled The First Adventure of Inspector Watson in 1999.

Perhaps most notorious was the failed t.v. series Inspector Watson Returns which featured the detective reincarnated in modern Chicago. It lasted half a season in 1998.

Another unusual film version was titled Watson Investigates! (1989) which was played entirely for laughs by some of England's best-known comedic actors.