V.A.Howard (the initials stand for Violet Annabelle, but her friends evidently call her 'Vi') is a very successful but controversial novelist in the NAL. Her books have been published world-wide. They have also been banned in many places and on numerous occasions. 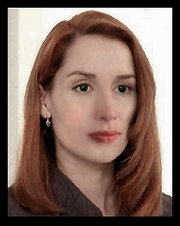 Born October 12, 1959 in Derry, Massachusetts, Ms. Howard was an only child reared by deeply Catholic parents who taught at the local college. She was something of a tomboy, but acted in local amateur productions. Her poetry was published in the local newspaper when she was a teenager, where she worked part time.

In 1979 she won a scholarship to the Miskatonic University, where she earned a degree in history. This was also where she met her husband, Roy Stevenson, an English major. In 1985 they married and had a daughter, Robin, in 1986. This coincided with the publication of her first novel, Wingless Angels about the 18th century castrati opera singers. It enjoyed a modest success at that time.

Tragedy struck in 1989, with the death of her husband in an automobile accident. She had been struggling to find something to write since her first novel. Now, in an intense six months she produced the first of what was to be her Winter Trilogy. By early 1991 it was published and became a best-seller. The film rights alone made her a moderately wealthy woman (even though an actual motion picture has yet to be produced). Fans were intense in their praise of Ways of Winter just as many critics were put off by the plot, involving witchcraft and incest in 19th century New Amsterdam. Over the next five years she produced two sequels, Storms of Winter and Scars of Winter which cemented her reputation as a successful author and her infamy as a writer willing to deal with taboo subjects.

Moving to New Amsterdam in 1998, she has continued to write novels which generate brisk sales and considerable debate. Critics mostly agree she is a writer of genuine talent, with a flare for surprising but logical plot twists, yet they also deplore the "lurid" nature of her works and complain about her "pretentiousness."

In 2004, Ms. Howard announced she was relocating again, this time to San Francisco to live with pop artist Angelita Diaz with whom she has begun a romantic relationship.

Her published novels are: