Constantine of England, Scotland, and Kemr 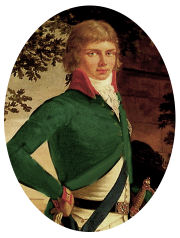 Costenhin XII of Kemr, Constantine I of England and Scotland

After 'the 19 years' tyranny', as his reign is known in England, he was forced to abdicate. Scotland and Kemr passed similar measures. It was agreed that the lines would never merge again. The English and Scottish parliaments passed a law barring Gereint and his descendants from the thrones of England and Scotland. Gereint thus succeeded to the Kemrese throne as Gereint XI, while Victoria succeeded to the English and Scottish thrones as Victoria I.