Since the liberalization of broadcasting law in RTC, commercial electronic media plays a significant role on the RTC’s market. In 1982 the Sejm allowed radio and TV broadcasts by any registered citizen or company inside and outside RTC, abolishing the prior state monopoly.

In the legislation process, a special constitutional body had been erected, called WiLKRiT – Wenedzie i Litwanie Kuziel Radiofonie i Telewiżenie (The Veneda and Lithuania Council of Radio Broadcasting and Television) or WiL-Kuziel (sometimes WiLK) for short. The council issues broadcasting licenses, ensures compliance with the law by public broadcasters, and indirectly controls the state media. It is roughly equivalent to the Royal Communications Commission in FK and NAL.

During the legislation process populist-conservative-liberal party – Unień Polityka Rzejała (Real Politics Union), lead by former NAL emigrant Jan Darwin-Bokke managed to scrape through the statute allowing anyone to broadcasting anything in nonprofit order, as far as transmitted issues and contents are not illegal. The UPR motivated their project as a result of constitution amendment added in the Napoleontic era addressing the rights of freedom of speech and the press.

As for the private radio stations, they had existed a long time before the Sejm changed the law, but for television it was something extraordinary. In 1981 there was only one commercial TV station available in the RTC to receive by statellite dishes called “STAT VED” (later Statved) broadcasting from the Batavian Kingdom. Today Statved is one of the most popular commercial TV stations in Veneda and Statved corporation with its original and current owner Mr. Solusz is one of the richest on the European market, broadcasting not only in Veneda and Lithuania, but in all of the Baltic States, Slevania and in Ukraine. Statved is Warsina’s stocks exchange shining star, investing in its own Mutual, Pension and Health funds. Second biggest corporation in RTC’s media market is “tit group”, owner of many pan-national TV channels (tvm, tvm24, etc.) registered in Batavian Kingdom. The new media corporation is building over the FUR Company, present publisher of Gazeta Jeleconała, but after the so-called “Rywiń affair”, FUR seems to be more reserved in that matter.

In radio stations’ market WRW and LR have still the largest shares in the market with its famous Wynica and Trzeica (Channel I and Channel III). The strongest rivals in this market for state broadcasters are Kordyn’s RFM FM (Radio Foca Muzyka FM) and Warsina’s ZEF Radio.

It is necessary to notice that commercial and private media from RTC have a great deal in fall of the SNOR regime, especially in the Baltic States. While state-owned TV and Radio stations were obliged to keep neutrality, private ones could more courage. The SNOR government took a lot of diplomatic (more or less) steps in order to prevent on land signal transition in such a long distance (the signal from the RTC was received not only in Latvia and Estonia, but also in Ukraine, Belarus, Novgorod parts of Russia and even in Nassland). 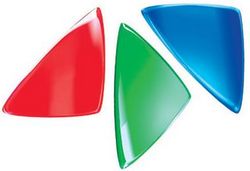 Beside all those there are a lot of Venedic and Lithuanian editions of statellite/cable thematical channel owned mostly by NAL, FK, SR and Irish corporations.