War in the Heavens

War in the Heavens is an extremely successful moving picture series produced in the NAL but popular the world over. They were clearly inspired by Jacques Cartier of Mars but also draw upon classic myth and film genres. They have also been milestones in the history of special effects. Five films of a projected seven have been produced to date. The director and creator of the WITH is George Lukas, but after the fourth film he has increasingly served as a producer, supervising the franchise rather that personally directing it.

In essence the films tell an epic fantasy, in some ways akin to Tolkien's Lord of the Rings or perhaps Wagner's Ring cycle. Some critics dismiss the films as mindless escapism while others praise it as a return to mythic storytelling. Certainly the films have introduced a new icongraphy into modern culture. Phrases such as "Darkness, the holy twin of light" and "You ARE the weapon we seek" and "Far from the memories of men..." have become commonplace. Likewise political cartoons often use images from the films, including the distinctive costuming of the main villain, Ro Azell (just as adding "Ro" to someone's name has become a codeword for calling someone evil). 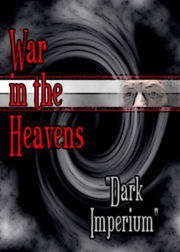 Originally, the first film of the series was simply called Wars in the Heavens but during production of the third film, its title was changed for any future releases, including any on video. Currently the titles and storylines are:

(Note: The title "Second Son" is not explained until the third movie) 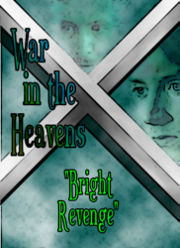 WITH has proven immensely popular, so that even the least successful films qualify as mega-blockbusters. The merchandising based on the films--shirts, toys, collectibles of all kinds--is a billion-pound industry and made George Lukas a millionaire as well as filling the bank accounts of Metropolitan Moving Pictures.

Because the copyright for WITH is jointly owned by both Lukas and MMP, the two have had to agree on any official offshoots from the movies. These have been several, including three ongoing titles with Chicago Press and over twenty novels set in the WITH universe.

Lukas has taken the "official" view that such authorized novels are in fact historical fiction set in the WITH cosmos, essentially correct in outline but not "canon."

During the long wait between Burning Darkness and Winter White, the original cast reprised their roles in an expanded radio miniseries also titled War in the Heavens, which essentially retold the first three films in a new medium.

An animated television series is rumored to be in development, a kind of "prequel" (expected to debut sometime in 2007) has been announced as The Remnant Zone.