Metropolitan Moving Pictures, based in New Amsterdam, is one of the largest entertainment corporations in the NAL. It also has large branch offices in Chicago and Atlanta. Many of its films have been international hits, especially elsewhere in the Commonwealth and in the Americas.

Some of its best-known motion pictures include: 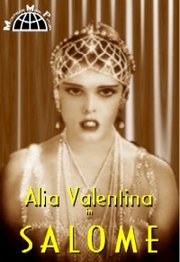 (November, 2005) - Amid great fanfare, executives at Metropolitan Moving Pictures announced that director Hadrian Voermann has been giving the go-ahead to make two motion pictures based on the classic fantasy novel "The Lord of the Rings" by Sir John R.R.Tolkien.

Voermann is a veteran filmmaker who once before attempted to make a big-budget fantasy epic, titled "Mythos" but which never left the development stage. His previous movies include a wide range of hits and misses, including the science fiction "Glaive Runner," the explicit noir thriller "Instincts Basic," the feminist road picture "Louise and Thelma" and the almost hallucinatory "The Sapphire Forest." He has also adapted novels to screen before, most famously "Lotilda" based on the scandalous work by Vlad Nabokhev. His most recent film was "Not Faithful," a drama about adultery.

According to studio spokesmen, the preproduction of Fellowship of the Ring has already commenced, with casting expected to be finished within the next three months. Filming is scheduled to begin this summer on location in Oregon