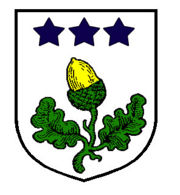 Sir Plantagenet Anthony (1837-1914) was the Moderator of Ontario three times and that province's leader of the Conservative Democrat Party.

Sir Plantagent was born in 1833, in Adelaide Township in what became Rupert's Land. In 1856, after he was called to the bar, he entered into partnership with Steven M. Jarvis in Toronto to practice law. Entering into politics during the 1860s, he served a brief term as Moderator following the scandal that brought an end to the administration of Giles Rupert. Following that, he became the "Grand Old Man" of the Conservative Democrats in Ontario, serving as Moderator twice more, alternating with his former friend and colleague, the Whig John Hacker.

A bookish gentleman and devout Catholic, he was said to have maintained a strict moral rudder throughout his administration. Despite his pro-legislative political philosophy, the fact remains that he led by example and did not hesitate to make an example of those who violated Party discipline. More, he was willing to take very unpopular opinions if he believed in them strongly enough. The controversies he faced included the rising tensions between ethnic groups in the face of greater and greater industrialization. His own Euro-centric and pro-Christian values at times caused considerable controversy.

Anthony was knighted at the end of his second term by the elderly Queen Victoria I of England and Scotland.