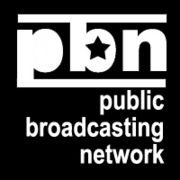 The Public Broadcasting Network (or PBN) was the brainchild of former North American League General Moderator Ben Nighthorse Campbell. In essence the idea was to create a major television network by combining numerous smaller (including a lot of Native-language) stations under government sanction and funding. The ruling body is a Board of Governors, composed of an equal number of corporate representatives and government appointees.

Its purpose was to give a large media outlet to ethnic minorities as well as an alternative forum for non-profit broadcasting. PBN's charter mandates a maximum time limit per day on advertising as well as a much higher quota of public service programming.

Generally, the Whig and Democratic Socialist parties have been firm supporters of PBN while the Progressive Conservatives favor turning it over entirely to private hands. The new Covenant Loyalist party in general agrees with the PCs but don't regard it as such a high priority. The Alliance for Public Decency decries the PBN's relatively lax standards regarding sexuality and nudity as well as what it sees as a liberal, humanist bias in programming.

PBN currently has affiliates in virtually every province and major city in the NAL. Many individual stations sell "membership" and accept corporate underwriting for certain prestige programmes such as Front Page (a broadcast news magazine).