Continental Air Force (CAF) is the aerial warfare branch of the North American League military. Derived originally from the Solemn League Navy (which pioneered air warfare in terms of the air carrier), the CAF retains many traditions from that service. The official motto is "Supremus Totus" ("Above All"). 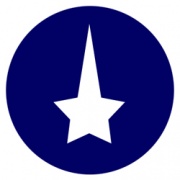 Officers for the CAF are trained at the Continental Air Force Academy at Alton, Les Plaines

Virtually all aircraft used by the CAF are either Airships, Aeroplanes or Autogiros.

By tradition, Aeroplanes usually (but not always) bear the names of events or phenomena in the sky (such as Thunder, Lightning, Aurora, Eclipse, Tornado, Rainbow, Windstorm, Hurricane, etc.)

Ranks & Insignia in the CAF

The CAF is under the authority of the Minister of War, through the Air Force Minister who oversees all administrative and policy affairs via the Air Ministry. The highest ranking officer in the CAF is the Air Force Chief of Staff, who commands via the Continental Air Force Staff (CAFS).

The CAF is composed of 29 different Wings. Wings represent the grouping of various squadrons, both operational and support, under a single tactical commander reporting to the operational commander. A given Wing may consist of anywhere from three to twenty squadrons. Current Wings include:

Squadrons often have semi-official mascots and/or nicknames (such as "Mad Hatters" or "Golden Angels" or "Aces High"), reflected in unit badges and sometimes in distinctive head gear as part of their uniforms. For example, different squadrons may have Berets of various colors with or without feathers of various feathers. The band of such may be a different color as well. Or they may wear a regular Peaked Cap, as well as Garrison Hat, a Campaign Hat or even (rarely) a Kepi.

The CAF maintains a aerobatic flying team, known as the Blue Hawks, founded in 1974 (the anniversary of the end of the Second Great War. Initially a six-plane team was envisioned as performing for only one year. But the Blue Hawks were so popular after their single 63-show season that the team was expanded and have continued to perform.

The USAF is the largest and most technologically advanced Air Force in the world, with 5,573 manned aircraft in service (3,990 USAF; 1,213 Air National Guard; and 370 Air Force Reserve);[4] approximately 180 unmanned combat air vehicles, 2,130 air-launched cruise missiles,[5] and 450 intercontinental ballistic missiles. The USAF has 327,452 personnel on active duty, 115,299 in the Selected and Individual Ready Reserves, and 106,700 in the Air National Guard. In addition, the Air Force employs 171,313 civilian personnel including indirect hire of foreign nationals.[6]

The Royal Canadian Air Force (RCAF) was the air force of Canada from 1924 until 1968 when the three branches of the Canadian military were merged into the Canadian Forces. The modern Canadian air force has been known as Canadian Forces Air Command (AIRCOM) since 1975, but still refers to itself as the "Air Force" and maintains many of the traditions of the RCAF.