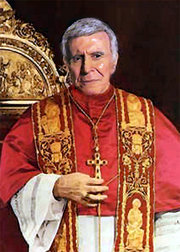 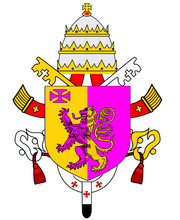 Pope John XXIIJ was born on 15 June 1930 as Tomás Azcárraga in Águilas, Murcia, Aragon on the border with Andalucía in Castile as an Isidorian Rite Catholic. His family's surname ultimately comes from the Basque Country, and on his mother's side he has English ancestry as there was a bustling and vibrant English community in the city as a result of the Napoleonic Wars.

He closed the Vatican Council in 1990. During the recent Florida War, he asked believers of the faith to pray for a "clean outcome" to the war. After the two nuclear warheads were detonated, he strongly supported the Commonwealth in "ending the tyranny that is Florida-Carribea."