Zone refers to a subculture in the NAL, the Federated Kingdoms and elsewhere mostly during the 1970s and early 1980s. It was essentially a rejection of the materialism, pragmatism and the royalist institutions of the past, coupled with a desire for finding a "new" way. Among its most common elements were experimentation with sexual relations, with mind-altering substances, with Republicanism and with radically different fashion senses. The Zone and Zonees (as they were called) ushered in a new era of Rock Music and political activism as well as widespread revulsion against the different SNOR regimes.

Although the vast majority of those in the Movement almost certainly never read or heard of Dr. Lemmon's book, it clearly had an influence. The prominence of "Z" names (Zelda, Zachary, Malcolm Z, etc.) among those who changed their names is a clear sign of this. So too is the slang "Zonee" for many of the young people in the 1970s especially. The typical Zonee look--long hair, jarring colors, beads, headbands, sandals--became both a archetype and a cliche for those in the Anti-Snorist Movement.

Public awareness of the Zonees began to rise after a famous ERA magazine cover story in 1971, which looked at several neighborhoods in various cities that had become havens for members of the movement. Arguably the most famous of these was ABC-ville in New Amsterdam. This corresponded with the folk music revival, typified by such groups as the Main Street Chorus, the Three Folksmen and the very popular singing couple Ned and Nellie. 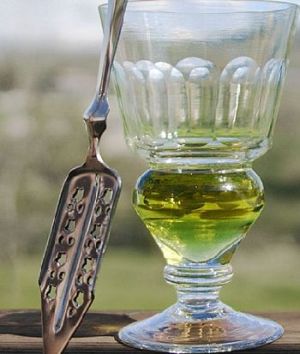 At this time, the Zone was not viewed as particularly political in nature but rather cultural--akin to the Flappers of the 1920s, heralding a (to some) disturbing social trend towards long hair and sexual permissiveness. Group marriage, bisexuality, promiscuity, anonymous sexual relations and the like were often the focus of news reports involving the Zone. When not discussing sex, journalists would usually talk about the movements experiments with things like marijuana, opium and absynthe. This last led to the slow decriminalization and final legalization of absynthe in 1993, spearheaded by GM Will Clinton. Lurid accounts continue to circulate about mixing absynthe with cocaine, morphine, laudanum and other substances. More than one urban legend about people attempting to fly or cutting off parts of their own bodies stem from this period.

By 1973, however, a decided political edge was emerging, and became impossible to ignore with the debut album of NoMoreEagleZ and their hit single "Far From The S-N-O-R". This perhaps become most obvious is the fashions of what young people wore.

Prior to this, the "Zone Look" was of simple, long hair worn by both sexes. Clothes were loosely fit and brightly but softly colorful, often the result of "tie-dying" to create a swirling rainbow effect. Homemade crafts were increasingly the source of ornamentation, especially beads and earrings or bracelets as well as simple rings (often with rough, rather than polished or shaped stones).

But as the Zonees were eclipsed by the Anti-Snorist Movement, a different aesthetic held sway. Brighter colors in sharp contrast to either white or black became the norm. Semi-military coats and hats became grew more common, nearly always with various insignia. Such insignia might be regular such but turned upside-down, or new designs such as the famous "Anti-Snor Sign" or some such variation. Prussian insignia were also common, mostly as a sign of rebellion against those who'd fought two Great Wars against that nation--wars the Zone saw as essentially pointless.

Many tend to think of the Zone and the Anti-Snorist Movement as synonymous but in many the two were concurrent rather than united. Many individuals and groups could be said to belong squarely in both camps, but many others clearly associated with one rather than the other. This probably showed most clearly in how the different factions viewed music. While NoMoreEagleZ enjoyed a huge fan base, their were more or less the poet laureates of the Anti-Snorists. Their message was one of rebellion, of anger, a call for political action and a refusal to compromise.

But to the Zonees, that role was filled by several performers and groups, most fundamentally by Los Muartos Agrayeçiyos (the Thankful Dead), a Montreiano band whose music focussed on the more intimate and personal. Which is not to say they were not politically active or that they didn't champion causes, even in their songs, but the focus was on solving or dealing with life on an individual basis rather than coming up with specific answers. Not too surprisingly, the instruments used by the two groups increasingly told the tale of their differences. Los Muartos Agrayeçiyos as a group became increasing masters of their original guitars, bass, drums and horns, while NoMoreEagleZ experimented with orchestras and electronic music. One critic pointed out the real difference between the two was that "the Muartos ask questions, while NoMoreEagleZ insist on telling you the answers."

Another stylistic difference between the two involves eyewear. Pure Zonees would often don extravagantly-designed glasses shaped like stars or crescent moons or hearts or even skulls. But the glass itself was clear or tinted a bright color. Anti-Snorists most often wore very dark sunglasses of stark but interesting shapes, nearly always abstract (although perfect circles were the most common).

There was no particular moment or time when the Zone ceased to be. Many social commentators (both pro-Zone and fierce critics of same) maintain it remains a vibrant part of modern society. Others look upon it as a phase from the past, viewed with disdain or nostalgia depending upon the viewer. Traces of the fashion continue to exist and much of the music of the period are regarded as classics of popular media. Some point to the lack of a Third Great War and the briefness of the NAL's flirtation with acting like a superpower as evidence of its positive impact. There are those who maintain that the Zone is at least partially responsible for the more ready acceptance of things like Gay Rights and the sale of pornography.

And of course it should be pointed out that Los Muartos Agrayeçiyos continued to do albums and tours until just a few years into the XXIst century--to sellout crowds all over the world.