Angelita Diaz is an increasingly successfull pop artist from Montrei whose music has sold very well in her home country as well as Alta California and Tejas as well as Mejico. Her 2004 self-titled album was her first for the NAL market and has proven to be very popular also. 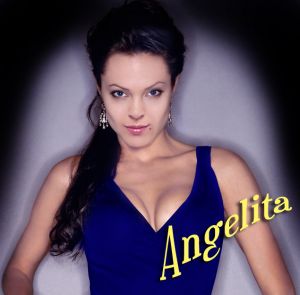 Born March 5, 1975 in San Francisco to a middle class family, she lost her father at age ten to skin cancer. Her mother, Serafina Diaz, acted as a de facto manager for the talented young dancer, singer and actress from about age fifteen until Mrs. Diaz' failing health in 1999.

Angelita's concerts nearly always sell out, and she is planning a tour in 2006 in the NAL. Usually, she is accompanied by a simple acoustic band but on occasion she has opted for very elaborate theatrical productions, such as a 2002 benefit for cancer research in Los Angeles.

She has also acted in five motion pictures in Alta California.

Recently, she entered into a romantic relationship with the novelist V.A.Howard, which some commentators and gossip columnists have claimed is a publicity stunt. She herself says she is in love and happy.