Vixen was a t.v. series based on the Superhero of the same name and starring actress Gloria Dawson. It ran from 1969 to 1973. The revealing costume of the central character cause a lot of complaints at the time which some claimed was a reason for the show's success.

The central character was Jessica Jessop, a one-time expert cat burglar who fell in love with a detective in the Millennium City police force. She turned over a new leaf for his sake, but when he was murdered decided to operate outside the law to avenge him and carry on his work. 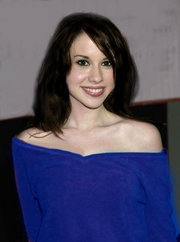 Guest stars on the show generally portrayed the various costumed supervillains Vixen had to face. Some of them included:

Vixen has continued to be very popular in syndication. Conventions of fans began to be held in the late 1980s, with petitions for a remake of the series sent to every major network like clockwork.

Vixen began as a supervillain in the 1930s, a sometimes-ally of Doc Satan. Yet when Millennium Comics began a new editorial policy in the 1960s it was decided to re-interpret Vixen as a heroine. 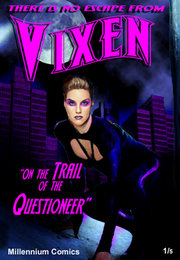 In the comics, Vixen's main advantage--other than extraordinary physical prowess and stealth--is her intimate knowledge of Millennium City's underworld. This is also one of her greatest weaknesses, because the criminal supervillains she fought often knew her nearly as well as she knew them. The fact she had generally been a loner, one with a wild streak and a tendency to be a wild card, tended to cancell this out. Sometimes.

Unlike most superheroes, Vixen proved willing to go after injustices that were legal, such as cruel businessmen or wicked parents. This eventually allowed the editors to explore more of her history. She was an orphan, one who ran away at an early age and lived on the streets yet kept a circle of a few, close friends. Although a brilliant thief with a wicked sense of humor, she was not a killer and did not approve of random violence.

She was an atypical hero also in that Vixen did not react to criminal schemes but sought out villains, learning their plans and thwarting them, sometimes setting up elaborate traps. She also proved to be popular with many rank and file officers in the Millennium City Police Force--those that didn't consider her still a criminal who had a good scam going.

Other than martial arts (she was particular good with kick-boxing), Vixen's primary weapon was a set of long, curved knives. She was also an expert with a whip.

Premier Productions has announced it will definitely be going forward with a big budget motion picture adaptation of Vixen. Exact details are not available but they are looking at cast major stars in at least one or two key roles.