Tyrean Yesman, initially called The Tyrean Yesmen, was a rock band rooted in Jass widely seen as one of the pioneering zone rock genre band in the Federated Kingdoms. It has earned a large cult following, being considered one of the most influential bands of its genre.

Thirteen musicians have been full members of Tyrean Yesman since its beginning. They were:

James Moire (1971-78): drums and percussion, including glockenspiel, vibraphone and mbira.

In September 1967 Jass guitarist Peter Seinfeld returned home (in Lyndhurst, Southamptonshire) from a trip to Montrei. During his trip he had been to a concert by Los Muartos Agrayeçyos. On his return he invited two friends, the brothers Michael and Peter Gillis (a drummer and a bassist repectively) to form a rock band. Soon after he advertised in a newspaper the need for a keyboardist on which Anthony Selvidge was the only to reply. In November that year the four musicians formed a band called The Tyrean Yesmen.

Through 1968 the band performed several concerts across Southern England and Kemr. Lacking a record label interested in their music the band itself recorded then their debut album released early 1969, The Tyrean Yesmen Album, with long experimantalist tracks all composed by Seinfeld strongly inspired in Jass. It sold poorly during their concerts but eventually it got the attention to influential music magazine Skweee! which published that their sound was only understandable to those on too many psychedelics. Nowadays an original good condition one worths its weight in gold, being a highly priced collector item.

Meanwhile the Gillis brothers were starting to see Seinfeld as a dictator, considering he didn’t give space enough to them to be creative. Tensions rose and finally in early 1970 the band broke up.

Rebirth of The Tyrean Yesmen

By late 1971 Peter Seinfeld invited Anthony Selvigde for the rebirth of their band. Bassist Gereint "Gary" Lockwood, Scottish drummer James Moire and Kemrese guitarist and violinist Rhoberth Ffreidd and Dewidd Cryg respectively joined renewed The Tyrean Yesmen which soon started to work in their next album. Instrumental An Observation by The Tyrean Yesmen, was released once again by the band itself during mid-1972 receiving warm critics and sold reasonably well within the growing underground Zone movement. 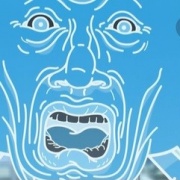 Third album, the instrumental, experimentalist and nearly hair metal Larry’s Tongue in Acid, was released during late 1972 this time by the growing independent Atlantis record label which already had in its catalogue another notable Zone Rock band, Lead Aeroplane. It was the selling breakthrough record of the band so as received extremely positive critic reviews from the musical press.

During 1972 Lockwood was among the members of a newborn zone rock band called Henderson, Enfield, Lockwood, and Pitman (aka HELP) and during all that year he had to conciliate his activities as member of both bands. Such caused many logistical problems. Meanwhile in mid-1973 The Tyrean Yesmen relased the new album Stars, for the first time with songs sung by Lockwood and lyrics by Seinfeld. Once again the band’s work received good reviews being by then considered one of the Zone Rock frontline bands becoming the third best selling zone rock act in the Federated Kingdoms after The Rockmen and Lead Aeroplane.

During this year Seinfeld, who suffered from arthritis, saw his health condition deteriorated. He was starting to be unable to play guitar and the band hired a new guitarist, John Anderson, while Seinfeld left stage from then on focused in the production, illumination and lyrics of the band. Seinfeld was soon recognised as one of the best lyricists in England. Also Ioan ffeil Donal, a Kemrese player of brass and woodwind instruments of jass background, joined.

Fifth album, This Night Wounds Time, was released early 1974. Once again Lockwood was responsible for lead vocals. For the first time the band went on tour abroad giving successful concerts across continental Europe during four months. By the end of the tour they released their first live album (also released as a movie), Yesmen’s Songs, recorded in various locations. By late 1974 sixth album River of Life was released changing deeply the band's sound, departing from their jass roots. Selvidge acquired an optigan giving the band a softer, ethereal and more orchestra-like sound. Such was the last album bearing the name The Tyrean Yesmen as the band was renamed Tyrean Yesman, following a trend avoiding mascot-like names. 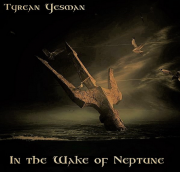 Soon after Tyrean Yesman left Atlantis records signing contract with a major record label (Polyphon Records), in 1975 they released the first of a series of critically acclaimed good selling concept albums, In the Wake of Neptune double album, based in classical Roman mythology. The band kept the style of the previous studio album but Sevidge replaced his optigan by its further development, the orchestron, becoming a rather prominent instrument in the band's sound so as soon becoming a hallmark sound in the so-called Second Wave of Zone Rock among its erudite rock and aether rock subgenres bands. Lockwood and Anderson (who surprised Seinfeld in his vocal participation in 1974 Lead Aeroplane’s album The Hermit) shared lead vocals in some of the songs. For the first time a Tyrean Yesman's album cover was made by artist Dean Rogers (who also created the new band's logo), famed for his fantasy artwork. All the band's album covers were made by him ever since. A small tour was made to support this record and a memorable concert was made in London, later released in live album and movie as Neptune Live (1976).

Meanwhile Anderson successfully lobbied within the band against Lockwood. He should chose whether he was in Tyrean Yesman or in HELP (now a successful baroque zone rock act). He had chosen the latter leaving Tyrean Yesman. Since then John Anderson became its only lead vocalist. But such wasn’t the only change in the band’s line-up: Ioan ffeil Donal and Ddewid Cryg left due to disagreements about the musical aesthetics Seinfeld intended, while Selvidge was fired because his lack of interest about learning more on electronic made sounds. Musical press announced that the band was over, they were wrong. Ioan ffeil Donal (who meanwhile joined a new band called Ill Generedur Tezla, which eventually turned in the most important Kemrese zone rock band) and Cryg weren’t replaced while bassist Christian Squier and Greek emigré keyboardist Richárdos “Rick” Evángelos joined. 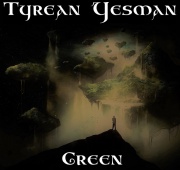 Eighth album, Green, was released in 1976. It was an ecotopist concept album which sold well and received very good reviews from the critics. Evángelos’ electronic keyboards (replacing Selvidge's Orchestron's violin ensemble sound-like) became rather prominent to the band’s sound together with Ffreidd’s guitars. The band then made its first world tour giving concerts across Europe and North America. As they considered concept albums’ songs would lose their meaning if played alone the whole Green album was played under impressive light show. 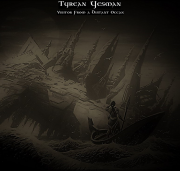 Triple concept album Visitor From a Distant Ocean was released in 1978, being a large commercial success and acclaimed by the critics as a masterpiece. It was based in The Papalagi, a collection of speeches by Samoan tribal chief Tuiavii of Tiavea who visited Europe during early 20th century. It described modern world as seen by his eyes, criticizing (often with humour) the dehumanization and materialism of the Old World. The band toured the album around the world and, as usual, they performed it completely under a massive light show. During the world tour James Moire abruptly left the band due to an overwhelming spiritual need to retreat from music for living in Persia, something which wasn’t communicated to his bandmates. Moire was temporarily replaced until the end of the tour by Allain Whyte. By the end of the year, as Moire’s departure turned to be permanent Whyte joined officially to Tyrean Yesman. During Moire's staying in Persia he worked as a volunteer in the aftermath of the 1978 Tabas earthquake.

In 1980 Tyrean Yesman performed in the Canterbury Rock Festival on its first day. John Anderson also performed on its second day as vocalist together with other zone rock icons in a Lead Aeroplane tribute superband called The AeroplaneZ.

Tenth studio album, Isle of Mists, was released in late 1980 receiving mixed critics. Skweee! magazine wrote Baroque, just like Tyrean Yesman and HELP were competing for the title of the most pompous and pretentious band. Bach would be a Pete Seinfeld’s bandmate if he was still alive.The last of Tyrean Yesman’s concept albums was this time based on homonymous Juliette Verne novel.

It was followed by the third live album, Yesman’s Shows, released in 1981. Next year Mystery and Wonder, eleventh studio album, was released. Not a concept album (so as not much well received by the critics) this time but one with no linked long songs, now instead twenty minutes compositions there were songs with ten minutes maximum. There was no tour after that, several members were too occupied with their own solo careers.

After Mystery and Wonder Tyrean Yesman started a five year hiatus. During that time Peter Seinfeld was busy writing ecotopic books for children so as a member of his local council (Lyndhurst) for the Ecotopic Party of England. Evangélos persued his solo career (started during late 1970’s) in electronic music with success, being responsible for several movie and television series soundtracks. Also launched electronic music albums together with his bandmate John Anderson under the name John & Evangélos, Ltd. Other members participated as guest musicians in records of several bands.

In 1987 called back his troops for a new Tyrean Yesman album. Comeback had a more comercial approach, more mainstream and close to post-punch rock, and was badly received by the critics (How can such a great band full of great musicians make such a bad work? Skweee! asked) in a time both zone rock and post punch were becoming an anachronism. The band toured across Europe and North America but the fans were there to listen to the old songs. After that the Tyrean Yesman disbanded in 1989. Since then Seinfeld remains an ecotopic activist and writer while the other members persued their cereers with mixed results.

Tyrean Yesman have been much influential during the 1970’s and 1980’s. Among the bands that recognized influence from Tyrean Yesman the most notable is Pink Frojt, the most successful Jass rooted zone rock band. Several former members left to create some of the most notable zone rock bands. Larry’s Tongue in Acid, together with Lead Aeroplane, is often referred as a major influence in the birth of hair metal nearly ten years later. Tyrean Yesman’s third album is also referred as the first zone rock concept album by some authors, although most consider Exodus’ A Play Aboot Modren Life (1974) as the first one. River of Life (1974) and In the Wake of Neptune (1975), with their extensive use of orchestron, became a strong influence for upcoming erudite rock bands so as inaugurated the symphonic zone rock sub-genre. Rick Evángelos is often cited as one of the fathers of electronic music.

They were the sixth best selling zone rock band, after NoMoreEagleZ, Los Muartos Agrayeçyos, Pink Frojt, Lead Aeroplane and Exodus. Several musical magazines ranked Seinfeld, Ffreidd, Evángelos, Lockwood and Cryg among the best zone rock lyricists, guitarists, keyboardists, bassists and rock violin players respectively. Skweee! magazine, at the 50th anniversary of the book Zones Old and New, ranked the 100 best zone rock albums ever. Larry’s Tongue in Acid, In the Wake of Neptune, Green and Visitor From a Distant Ocean were among those.