The Columbus Journals is a best-selling novel published in 2004 which derives much of its plot elements from conspiracy theories. The death of the author, Aaron Dworkin within months of its publication encouraged some to assume the novel is based on some kind of fact.

Aaron Dworkin (1931-2004) was born in Vancouver, Oregon. He went to college in New Amsterdam, earning a degree in English before working part-time at several newspapers. In the 1960s he began to write novels, initially mysteries and science fiction. By 1970 he was selling consistently enough to write full-time. Over the next three decades, he wrote over forty novels in a variety of genres including epic fantasies, thrillers, horror, romance and historical fiction. He wrote under several different pen names. In 1993, he moved to Thunder Bay, Ontario. Married in 1984 to a woman named Leigh R. King, she became his co-writer for nearly all his novels by 1989. Chronically overweight, he had the first of several heart attacks in 2001. Soon after his publisher accepted The Columbus Journals, Aaron Dworkin had his fifth heart attack and died.

Leigh Dworkin (born 1940) has done many of the publicity duties usually associated with an author, which has led some critics to suggest she in fact is the author of The Columbus Journals, which she denies. She has also refused publically to speculate as to the possible validity of any theories upon which the novel is based. 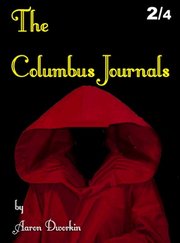 In terms of genre, The Columbus Journals is a murder mystery set in Ville Marie, New Francy. A Milice officer named Guillaume Bleu begins investigating what appears to be a relatively simple murder-for-theft of one Georg Vasloff, a "fence" of high-end artwork and stolen archeological treasures. Vasloff had recently returned from Ontario and evidence mounted that he had knowledge of something extremely valuable.

Bleu eventually teams up with an historian named Dr. Faith Sommers who believes Vasloff had something to do with the death of a friend of hers, an expert on Medieval History named Ellen Moore. Moore, who suffered from agoraphopbia and mild paranoia, had become interested in the life of Christopher Columbus, growing increasingly obsessed. Her death in a fire in Chicago happened 48 hours before Vasloff left that city.

It soon becomes clear that both Guillaume and Faith are being followed, and that what-ever-it-was Vasloff had attracted the attention of people both powerful and wealthy. They are contacted by a mysterious person who will only call himself "Monsieur Chevalier", warning them away from a trap. Chevalier then directs their investigation to an obscure treatise written by Moore when she was in college--about coincidences in history. The two become convinced that the coincidences discussed are anything but, and Chevalier finally tells them the item recovered by Moore and stolen by Vasloff is a page from the lost journals of Chritopher Columbus. This page reveals pretty clearly that Columbus' expedition was authorized and paid for by a secretive Order called the Knights Vigilant, who share Columbus' interest in the legendary lost continent of Atlantis. 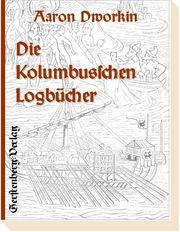 More importantly, Bleu and Sommers (by now officially removed from the case) receive hints that some members of the Knights Vigilant have decided to punish their mysterious "rivals" for stealing the journal page by assassinating the visiting Crown Prince of Prussia. Bleu and Sommers manage to stop the assassin, becoming heroes in the process. They are then visited by members of both secret factions--Chevalier and his opposite number in "The Lodge" who have agreed upon some kind of truce. Both offer the detective and historian the chance to join them, but neither wishes to avail themselves of that offer at this time. However, the door is left open. 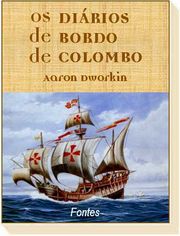 Guillaume and Faith end the novel having solved one set of mysteries, but left with another set looming before them. Some kind of romantic interest between them is also hinted at.

Family and friends agree Dworkin was planning on writing a sequel.

Aaron Dworkin's novel was published in hardback during the Autumn of 2004, more-or-less simultaneously in most members of the Commonwealth of Nations. Thorne House, the publisher, tailored a publicity campaign heightening the book's mystery as well as noting that the author had died "mysteriously" soon after delivering the manuscript. Do YOU Dare Read It? was the tagline which helped generate considerable interest.

Critics were fairly uniform in their opinion, that The Columbus Journal made for a good page-turner if one was willing to suspend disbelief. More than one took exception to the publisher's hint the story had anything to do with genuine history. As the months went by and the book's sales steadily increased, genuine controversy began to brew.

Paperback editions in English were published in the NAL, England, Scotland and elsewhere during the summer of 2005. Other language editions followed rapidly, with sales (and debate) growing in tandem.

The First Presidency of the LDS Church have said that "obviously M. Dworkin has never read the Book of Mormon, nor is he aware of our church's beliefs. It is regrettable that he has chosen to portray Joseph Smith, Jr. and our church in such a light. We denounce the claims and ask that all persons learn for themselves the truth of our beliefs."

Some membership of the church has boycotted the book, or have read it as a farsical work of fiction. Bookstores in Provost and neighboring Manti have refused to sell the books, while booksellers in Zarahemla have hardly been able to keep the books on the shelves, they sell so quickly.

Khedive Daoud I was asked by reporters what he thought of the book and his reply was that he hadn't read it. Questions were also posed in Egypt's legislature about the propriety of allowing claims that the ancients were no more than colonists from America rather than the original builders of the Pyramids. No one defended the novel and a non-binding resolution condemning the book's "distortions of historical fact" was passed without dissent. This was not considered sufficient, however, and Pan-Arab sentiment led to dozens of demonstrations all over the country. Within a week, the novel was officially banned from all public libraries.

The actual Ragnarok Lodge has refused to comment on the book, but has had to report trespassers to the Berlin authority since the book's publication in Prussia. Some commentators have called it an insult that Crown Prince Friedrich should become a character in a popular work of fiction without his approval.

Meanwhile, Vatican City has publically denied any connection or knowledge of any Order of Knights Vigilant (Nigol Griffin based his identification of such an Order on three letters from an elderly nobleman in XVIIIth century France as well as various other documents in history that linked the words "Vigilant" and "Knight" together).

Public officials in Romania on the other hand have generally praised the book as "thought-inspiring."

Some sources in Xliponia have reportedly said that Nigol Griffin is in fact a native of Orflain, and that the name Griffin is a thin-disguise nom de plume for an otherwise unnamed author. The griffin, as is well known, is the Xliponian heraldic beast. Thus, the truth may lie deeper than is apparent. Researchers led by Mark Reynolds, head of the Bovlai Institute of Linguistics, are currently reviewing - and in part deciphering - some manuscripts previously relegated to the Curiosa section, which may have some bearing on the subject. Among them is a tract by Artus Motinus, a contemporary of Columbus. The continued existence of Xliponia itself as an independent nation for so many centuries has been seen by some as an indication of such a plot as Griffin proposes.

The popularity of The Columbus Journals also had an impact on tourism in Ville-Marie with some travelers seeking to visit various places mentioned in the novel. While many sites' managers simply enjoyed the increased attention, others did not.

The priest in charge of the small church of Notre-Dame-de-l'Annonciation (where one brief chapter takes place) got fed up with requests and had a large placard errected in front of the entrance that read:

The "Columbus Journal" is a work of fiction, this church is a place of worship. Please do not enquire about visiting hours for the "Secret Chamber of the Knights Vigilants" as it does not exist and never did.

While it has reduced the number of people simply walking in, the presbitary's secretary still receive a few calls inquiring about guided tours.