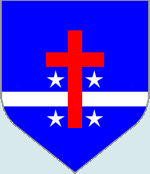 I endorse it wholeheartedly and would advocate that you edit the page on Equador forthwith! ;-)