Türkistan Hava Yolları (Turkestan Airways) is the national airline of Turkestan. It offers service throughout the Central Asia region, as well as several routes to Russian cities.

Turkestan Airways is beginning to expand beyond Central Asia, with its recently-opened long-haul route from Buxara to Xinjing, Beihanguo, and is looking to develop routes to the Indian subcontinent and Europe.

Their expanding fleet of airships consists mostly of Russian-made Stratoliner equivalents, and several older varieties of Russian commercial airliner of various sizes. The older airships are being gradually phased out and newer designs are being purchased from a variety of sources, including three new Aeroscrafts. 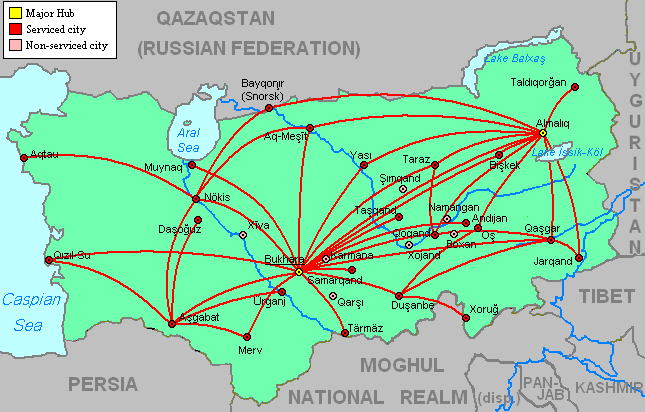