In 2245 the Space Condominium is well established; The Kings of the Universe have given their mandate to a stellar fleet charged with exploration, contact and increasing the peaceable Space Condominium. These Ships of their Universal Majesties sail the stars to fulfill this goal.

The Starmada takes seriously this goal, and is most pleased with their flagship, the Ship of their Universal Majesties Vanguard. This series is the story of the SCC-1314, the SUM Vanguard, her crew, and their voyage through the stars. As is said so clearly by Captain Ellen Spitzer at the start of the first episode:

Space is the last great untamed and unexplored expanse. This is the record of the travels of the SUM Vanguard, as we fulfill our mandate from the Kings of the Universe. Our continuing charge of peace from the Space Condominium is four-fold: To explore fantastic and pristine planets, to search for examples of life heretofore unknown, to welcome new cultures to participate in the Great Condominium, and to travel fearlessly where none have trod before!

The response to this series both in the North American League and other neighboring countries has been so great that they're already filming a movie, Space Voyage 2245: Invasion of the Zmorite Horde. Season Two was to begin shooting a month after the movie wrapped, however, response was so great they filmed Season Two in tandem with the Movie, making the release of the Movie to now coincide with the hiatus between Seasons Two and Three.

The Vanguard Crew are as follows:

Not all races can be classified simply as protagonist or antagonist

Space Voyage 2245 has completed filming of the seven seasons. The Second Season began airing 3 months after the First Season concluded due to the popularity of the show. The second season was filmed during pre-production and filming of the movie, "Invasion of the Zmorite Horde."

Production documents have been released showing the inital sketches for the Captain's uniform. 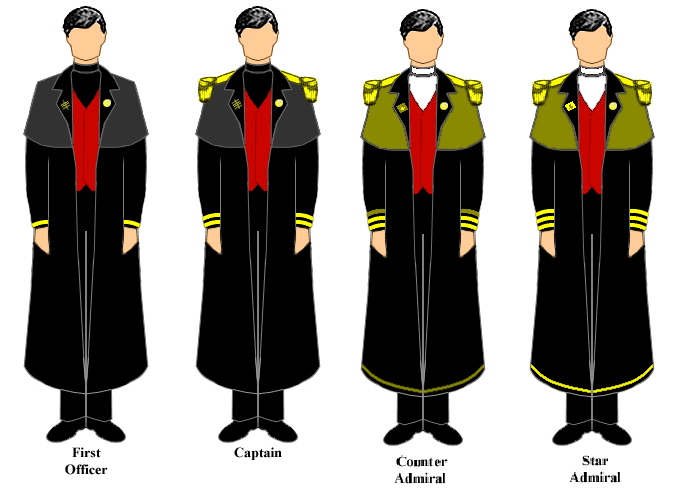 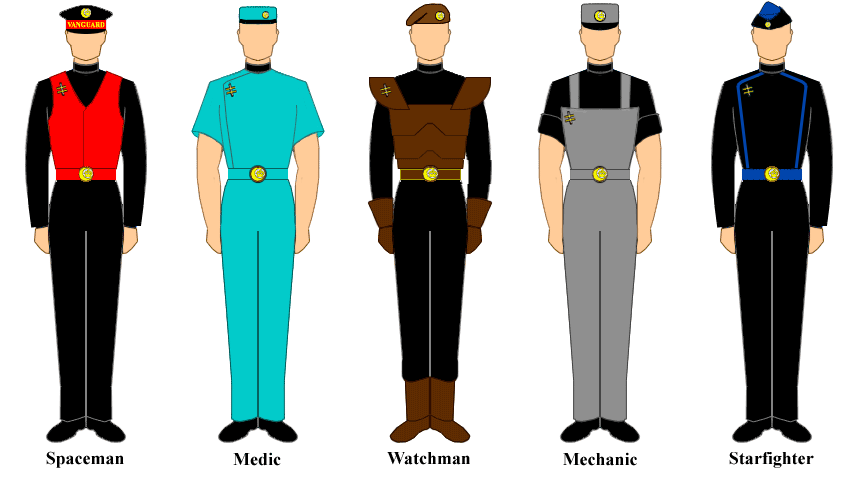 Crew Uniforms appear as follows on the show: 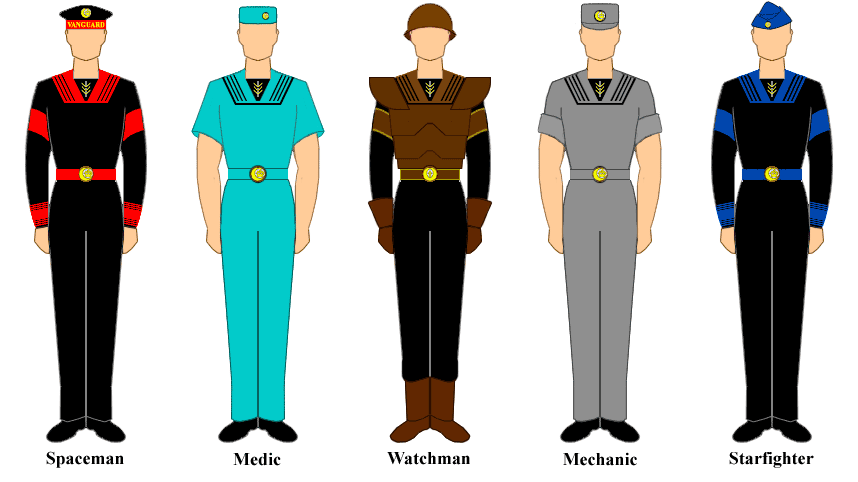 The following are space suits used throughout the series: 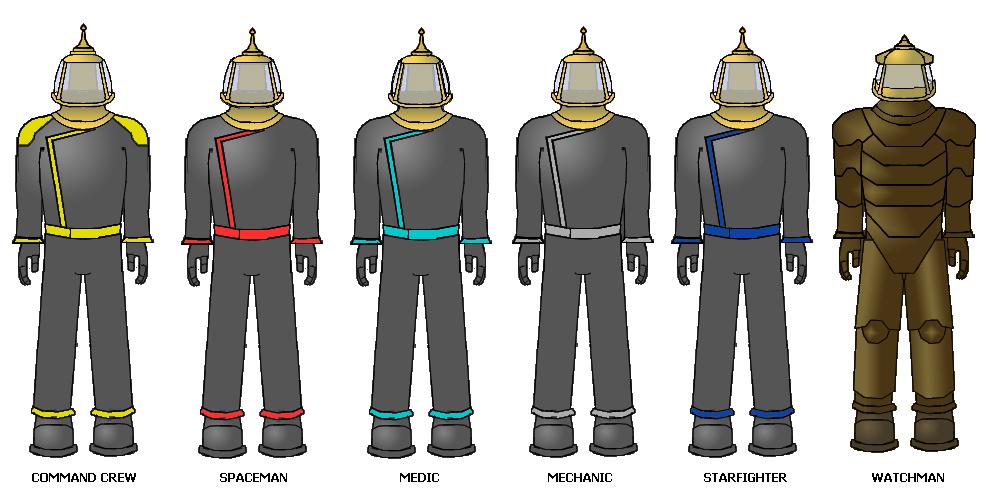 As part of the Appraisers, Mistelsbog carries a Starmada Rank (Commander), but is not referred to by his rank. Part of his uniform includes the aristak, the veil with which he veils himself from time to time in reverence and awe, and also anger.

Initial appearance of the weapons on the show are as follows:

Space Voyage 2245 spun off a new series, Mariner at the beginning of Season Four. The initial success of Space Voyage 2245 and Mariner incited a spin-off, Outpost Space Seed at the transition from Season Six to Season Seven.

Rumours have arisen suggesting that the season finale for Season Five is in fact the Series Finale, but this was denied by the production company. It later came to light that this was nearly true, however popular demand for the series kept it alive through the sixth season. Waning interest has caused a re-tooling of the show for the seventh season, with the departure of some of the main crew to the new series of Outpost Space Seed, and new faces to help maintain interest in the crew.

The following movies have been produced, or are in production for Space Voyage 2245:

Notabene: These will require the use of the latest release of Windows Media Player.

Bandes Dessinées Trois-Rivières has been granted the rights to create a series of graphic novels based on the television series. According to early production estimates, the first graphic novel should hit the stands some time in 2010.

Noted sociologist Cannon Hamaquer of the Université Ursuline in Baton Rouge has spoken somewhat extensively on the universe of Space Voyage 2245 and the derivative works. The following quote is from a sociology paper submitted to Science in 2006 on the subject of gender roles in television.

It seems that the society of space exploration has mostly women in command and piloting roles, and men generally foot soldiers, and in some of the more brawny roles. An example is how stable Captain Spitzer is portrayed, compared with Commander Radu Normandie, or Prime Minister Oskarsen.

It seems that the writers and producers of the series don't feel that the males of our species are capable of caring for an expensive piece of machinery or acting as the mouthpiece to alien nations. Women are portrayed as more capable in the high-speed warfare of space, when the opportunity presents, and the cool heads in diplomacy.

Either the writers and producers have a strongly misandristic bent, or they are deliberately placing the typical gender roles of our societies in question, asking us to re-evaluate ourselves from the ground up.