The Ragnarok Lodge is a Prussian fraternal organization founded in the 19th century, centered around the hope of a unified Holy Roman Empire, a quasi-mystical connection between the land and the volk who live there, and the (somewhat romantacized) ideals of chivalry embodied in the Teutonic Knights. 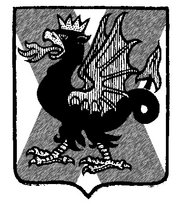 Logo/arms of the Ragnarok Lodge: A basilisk on a saltire cross

The 19th century wrought enormous changes in Europe and many Germanic people (especially aristocrats) responded by developing an interest in esoteric occult lore associated with ethnic nationalism called the Völkisch Movement. The Ragnarok Lodge was the most long-lasting organization associated with this movement.

The movement combined sentimental patriotic interest in German folklore, local history and a "back-to-the-land," anti-urban Populism with many parallels in the writings of the Vanderbilt Agrarians and also William Morris. The dream was for a self-sufficient life lived with a mystical relation to the land; it was a reaction to the cultural alienation of the Industrial revolution.

In addition, the völkisch movement as it evolved, sometimes combined the arcane and esoteric aspects of folkloric occultism, alongside "racial adoration" and in some circles, a type of anti-Semitism linked to ethnic nationalism.

The Lodge's original name was Studiengruppe für germanisches Altertum (Study Group for German Antiquity). Founded in 1848 in Berlin, the group initially was little more than a club of enthusiastic Germanic historians among the junker class. By 1880, however, it had evolved into a full-blown secret society and leading faction within the Völkisch Movement. More, it had changed its name to one in keeping with its apocalyptic view of the era. Its members increasingly viewed their age as one where the Old Order was doomed to be replaced by something new, and that only by adherence to certain mystic doctrines could a moral catastrophe be averted for the German States.

Many Lodge Members were supporters of Bismarck and enthusiastic supporters of the Prussia taking over leadership of the Holy Roman Empire. Indeed Adolf Hessler as well as his father and grandfather were all members of the Lodge, as was Wilhelm I and the former Chancellor Wilhelm Klimpt. Over the past century and a half the Ragnarok Lodge has been nearly as pervasive (or at least as popular) as have the Freemasons in some other countries such as England. While this might lead some to view the Lodge as pursuing a specific political agenda, the fact is members and leadership have espoused a variety of different views.

Following the Second Great War there was some effort by the Allied Powers to disband the Ragnarok Lodge, but a full legal justification for such was difficult to find. There was also the inconvenient (to some) fact that members of the Lodge were directly responsible for the ouster of Hessler that ultimately ended that conflict. Today, the Lodge exists as a fraternal society dedicated to the ideals of loyalty to Prussian culture. It has won generally unwanted publicity due to theories popularized by the novel The Columbus Journals.

All members of the Ragnarok Lodge agree on a few key principles:

However, over time several different schools of thought have developed which have led to sometimes-fierce debate (an the occasional duel). For example, there were members immediately during and following the First Great War who avidly espoused a kind of rabid Anti-Semitism, similar to the pro-Slavic ideas of the American Snorist Party but using "Ayrans" or "Germans" as the template for superiority instead of slavs. Starting in the 1870s and continuing through to today, another faction apparently harkened back to the ideals of Sparta and the Jannisaries of the Ottoman Empire, seeing homosexuality as a form of pure masculinity (at the same time expressing contempt for "feminine" men). A third faction, more prominent than the other two, tended to see parallels between the story of Christ and the Norse legends of Odin and his son Balder as described in the Eddas. A minority until the 1970s, this group is believed to be the most influential within the Lodge in recent years.

In general members of the Lodge see themselves as adepts invoking/partaking of fundamental mysteries for which scientific terms not only do not but cannot exist. The basilisk in their arms is an amalgram of different natures, one born of masculinity rather the feminine, and something so inherently dangerous that to see one is to be slain (or in mystic terms, reborn).

There are nine grades of membership within the Lodge, divided into three levels. First are the three grades of Cadet:

Then are the three grades of Knight:

Finally are the three grades of "Master:

In practice, the Masters form a Conclave of the Elect who serve as direct lieutenants to the Grand Council. Head of the Lodge is the Prefect-General.