Paul Octave Hebert was born about 8 kilometres outside of Plaquemine in Iberville Parish, now the arrondissement d'Iberville. M. Hebert went on to follow his Baccalaureat training in Louisianne, eventually relocating to France, and graduating from the École Polytechnique in the top of his class, on June 21, 1840 (2 Messidor XLVIII).

He returned to Louisianne and began instructing at the newly founded Académie Polytechnique Louisiannais, and soon thereafter fell in love with his bride, Corianne Wallace Vaughn, daughter of English émigrées to Louisianne.

Three years later, he resigned his post at the Académie upon his appointment as Chief Engineer of the Préfecture of Saint-Onge by Préfect Alexandre Mouton. Within ten years he ran as a member for a seat in the Parliament, but was defeated and returned to his plantation. Two years later, with Jean Slidell occupied in a race for First President (after whom the settlement across Lake Pontchartrain was named), the local party turned to him as a candidate for Préfect for the préfecture.

Running against Émile Bordelon from Saint-Landry Arrondisment, he campaigned for a National Bank to bring an end to inflation, to refund all paper money in specie, and to reform the militias. He was elected with great support, while Bordelon lost his bid for the First Presidency. 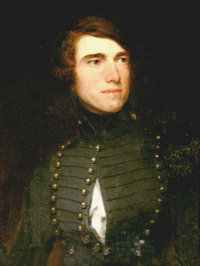 As Préfect he established the Seminaire des Etudiants Louisiannais at Alexandria, which has become L'Université de Louisianne, reorganizing the local militias in a manner that would later be implemented republic wide.

At the next election, he ran against André Bienvenu Roman and defeated him. During his term of office, he initiated the National Library system, re-organized the militia into the predecessor for the modern system, began the national health care system and was instrumental in the battle against malaria in his first year of office. Alexandre Mouton replaced him for the final year of his term as Prefect of Saint-Onge.

The National Library system started by Hebert should not be confused with the Bibliothéque Nationale that is Armand Beauvais' legacy. Hebert should be seen as the savior of the plans for the capitol, as it was during his administration that Paris-sur-Mizouri saw its greatest construction boom.

The Unity Party, professing the value of joining the North American League arose in LXVI, and rumors were spread by the Louisianne Libre party that he was participating with the Unionists. These allegations proved to be his downfall, and he was ousted from the first presidency after only one term.

While he was mentioned as a potential candidate for other public offices, and even a later run for the First Presidency, in all of which he met defeat.

After these losses, he retired from public life to be a Gentleman Plantation owner. Where he maintained a quiet life. He died on 9 Floréal LXXXVIII (April 29, 1880), and was buried in Bayou Goula.