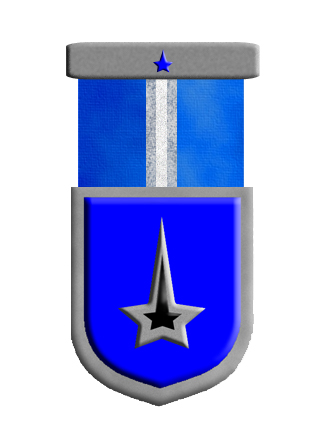 The Parliamentary Medal of Honor is the highest award for bravery bestowed within the North American League. Technically, it is simply "The Medal of Honor" but the adjective is usually added because the General Moderator awards it "in the name of Parliament."

It is awarded to a member of the NAL armed forces who distinguishes himself "…conspicuously by gallantry and intrepidity at the risk of his life above and beyond the call of duty while engaged in an action against an enemy of the North American Solemn League and Covenant…" Due to its high status, the medal itself is protected under American law. By tradition, holders of the award are entitled to a salute from any member of the NAL military, even those senior to them in rank.

The award was created by Parliament in the wake of the Crisis of 1875 in which the officers and crew of the T.M.S.Maine died in an act which is widely credited to have prevented civil war (and almost certainly prevented an act of mass murder). Fragments of the Maine (an early ironclad) were recovered and have been used in the manufacture of every individual Medal of Honor ever since.

Since 1877, fewer than a thousand serving persons have been awarded the PMH. Almost two third of those bestowed have been posthumous. The most such were awarded during the Second Great War, followed by the First Great War, the Florida War and then the War of 1898.

In appearance, the medal is the so-called Covenant Star on a shield, held by a blue and silver ribbon.