Ortaz Munaı is the largest petrochemical company in Central Asia. Based in Qaraqalpağıstan, Turkestan, the company is active in the ongoing exploitation of Turkestan's oil and natural gas reserves, as well as being involved in the refining of oil from the Northern Qazaqstani Teņiz oilfield, at least since 1992.

The company was founded in 1972 as the Central Asian Petrochemical Company (Orta Azıyalıq Munaı-Xımıq Fırması, shortened to Ortaz Munaı), shortly after the discovery of the vast oilfields of Western Turkestan. Initially, all of the drilling and oil exploration expertise was Russian, but the White Council were interested from the outset in developing refining capacity within Turkestan, rather than having to transship the crude oil all the way to the Siberian oil refgineries for processing. At the request of both the White Council and the Government of National Unity, Russian petrochemical companies loaned certain key individuals to the newly established Turkestani firm in order to facilitate the skills development needed to exploit the large new field discoveries.

Since the fall of the SNOR, the company has gone from being a purely state-owned company to being a joint stock company, though the Turkestani state still owns 51% of the company's shares. Non-government-owned shares do very well in the Buxara Stock Exchange, and have allowed the company to expand into oil exploration in neighbouring Qazaqstan and Azerbaijan. 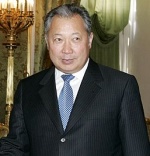 The modern Ortaz Munaı company has been fairly disciplined in respecting and adhering to ecotopic principles in its eploitation of the petrochemical wealth of Central Asia, though this was not always the case. The Snorist era Ortaz Munaı was more interested in exploiting the resources to generate wealth for the benefit of the State than in ecotopism. This was beginning to change in the later 1980s, but it was only after the fall of the EBÜK regime that major changes in favour of the ecotopic agenda were made.

Under the present CEO, Ruslan Selim-ulı Baı, the firm has continued to expand, though a recent downturn in the price of crude oil has set the company back somewhat, though the CEO and board of directors have tried to minimise the effects of this by freezing their own executive bonuses for the duration of the downturn.