banner of the Oltenian Air Corps 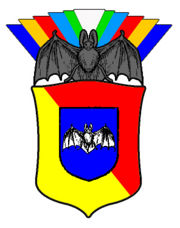 Arms of the Oltenian Air Corps

The Oltenian Air Corps is the strongest of Oltenia's military branches. It is also the strongest air corps in the Romanian Federation. The total personnel of the Corps is approximately 22,000 persons, including Colonel Vlad Vladescu Vlas-Florea, brother of the Princely Heir.

Given Oltenia's geography, the country has no navy and any army units would operate from a grave disadvantage in the event of major conflict (a fact proven during the Second Great War all too well). As a result, the old White Regency carefully developed an air corps which it intended to be second-to-none. Indeed, the Air Corps proved one of the few important institutions wherein native Oltenians could compete on equal terms with other ethnicities, such as Hungarians.

The ranks within the Oltenian Air Corps are as follows:

The air corps work dress uniform is dark gray, with the parade dress uniforms a brilliant white. Colonels and above have gold piping on the outer seam of their trousers. 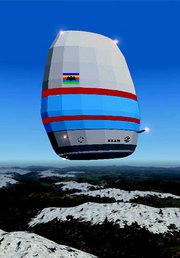 Oltenia currently has ten air frigates, seven of the old Timişoara-class and three of the new Braşov-class. All perform routine training operations with paratroop units of the Oltenian infantry.

Air frigates are offensive ships, capable of long-range as well as close-range bombing. The Braşov-class have jet engines and consequently are much faster, but more expensive, hence their relatively few numbers (so far). These airships, while very efficient airbourne weapons systems that are intended--and succeed--as deterrents, are not as large or as sophisticated as those of such major powers as the Scandinavian Realm, the Federated Kingdoms, Russia or the NAL. Still, it has been noted that the Braşov-class can attain an altitude which makes deploying an atomic bomb possible. Most military experts agree, however, that Oltenia does not currently possess such weapons and no evidence has come to light of their attempting to develop or attain such.

They also have an impressive number of aircraft, including 45 jet fighters, the V-15 Firebolts (roughly analogous to the SAAS Dragen). The majority of Oltenian fighters are V-10 Comets or V-9 Meteors, propellor-based aircraft. Meteors and Firebolts are a hybrid design, primarily fighters but capable of carrying one bomb. This has made them desirable to some customers who desire that degree of flexibility (Oltenia's air industry is one of the most powerful pillars of their economy).

Note: The Romanian name of V-15 is Fulger Pană (literally "Feather Lightning") but has been translated into Firebolt for sales to English-speaking customers.