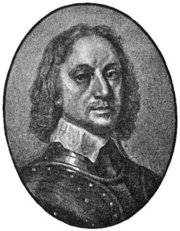 Oliweir Gwilelm (1599-1658), Toisag of Kemr. Widely considered one of the kingdom's greatest leaders. He entered the Senate as a member in 1630. He regularly spoke out in defence of the rights of free citizens. In 1646 he was appointed Toisag. His leadership was based on a passionate belief in parliamentary rule. His primary opponent and target was the remarkably petty monarch, Donal II. In the fractious politics of the times divided between the old order and the radicals Gwilelm found he needed the symbol of unity provided by the monarchy more than he needed the king's interference.

Gwilelm believed in the guidance of Providence in the hands of great men, among which he counted himself. He steered a path that would not allow the church to dictate affairs of state, believing that conscience was a gift of God for all men. As Toisag in a religious age it was necessary for him to associate with Cambriese rite Catholicism, the state religion. His own religious practice was considered moderately austere by his contemporaries. Nevertheless he tolerated the Jewish and Evangelic minorities that existed in Kemr Byr. Insurrection he crushed with efficient severity.

Donal II outlived Gwilelm by three years during which time he made himself a veritable nuisance to Gwilelm's successor. Most historians agree that this confirms Gwilelm's low opinion of the king.