These positions existed in English and UK government for more than a century and seem rather suited to Ill Bethisad, particularly given the religious divide in England, the differences in the European Religious Wars and there being no Peace of Westphalia.

A few articles would require changing, such as those referring to Edward VI, the Council of the North in England, Adolf Hessler and Sherrinford Bell, though I am making a possibly erroneous presumption that references to an English Foreign secretary in those were more QAA than QSS. - HRG

History of 'Secretaries of State'

The ancient English monarchs always had in attendance a learned ecclesiastic, known at first as their "clerk", and afterwards as "secretary", who conducted the royal correspondence. Until the time of James I, monarchs generally had only one secretary, but at the end of his reign a second secretary appeared. It was not until the beginning of the reign of James II, that these functionaries gained the title "Secretary of State". Upon the direction of public affairs passing from the Privy Council to the Cabinet after 1688 the Secretaries of State began to assume those high duties which now render their office one of the most influential of an administration. 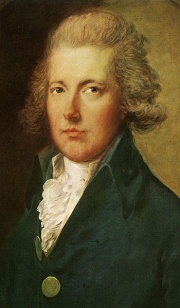 After the English Restoration, and the end of religio-civil conflict in England the two posts came to be known as the Secretary of State for the Northern Department and the Secretary of State for the Southern Department. Both dealt with Home Affairs with jurisdiction divided roughly along religious and dialect line and divided Foreign Affairs, so that one dealt with the Protestant and Orthodox states of northern Europe and the other with the Catholic and Muslim states of southern Europe. This lasted until 1768, when a newly instituted third Secretary began to take charge of the increasing colonial administrative work. In 1782, the office was again abolished, and the charge of the colonies transferred to the Southern Department. However, owing to the war of the First Coalition with France in 1794, a third secretary re-appeared to superintend the activities of the War Department. At this time it was considered that the Northern and Southern Secretaries should be abolished to be replaced with Home and Foreign Secretaries in the continental model, however one of First Lord of the Treasury William Pitt the Younger's last acts in the House of Commons was to stress the danger of Revolutionary revision of government and defend the necessity, in a religiously divided realm and an uncertain Europe wherein the religiously conflict of the XVJth & XVIJth centuries might return, of handling relations with nations in distinct cultural spheres separately.

In 1854, a fourth Secretary of State gained the exclusive charge of the Colonial Department and these four secretaries of state remained constant thereafter until after the First Great War. In the post-war decade, two new secretaries of state were instituted - one for the Royal Air Force was split out of the War Office; one for relations with England's self-governing Dominions was carved out of the Colonial Office. This situation remained constant until after Great War II when the Secretaries for War and Air had lost their status as cabinet level ministers due to a reorganization of British military command, being subordinated to a new Minister of Defence, and were finally abolished in the 1960s and replaced with a new Secretary of State for Defence. With the increasing contraction of the British Empires, the Colonial and Dominion offices were merged together in 1968, their responsibilities transferred to the new Commonwealth Secretary. By this time, however, the entire concept of a Secretary of State had been largely transformed, and in 1964 the process of transforming nearly all of the various Ministers and Board Presidents which made up the British cabinet into secretaries of state. By the end of the twentieth century, virtually all departmental cabinet ministers were secretaries of state, with the notable exception of the Chancellor of the Exchequer and the First Lord of the Treasury.

In contrast to the general stability of the Secretaryships before the 1960s, the exact number and duties of the various secretaries of state has been very fluid, with only the Northern and Southern Secretaries, the two original secretaries of state, maintaining a consistent, if unusually divided portfolios. These two positions have always remained unique to England, their origin being so closely tied to England's history and their survival England's endemic aversion to constitutional change. Reforming the Northern and Southern Departments has been mooted occasionally in English politics but the two have evolved so perfectly to their unusual roles and are so entrenched in English government that it is not currently a serious proposition. 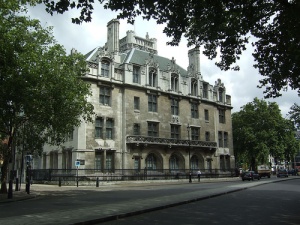 The Secretary of State for the Northern Department is a position in the cabinet of the government of Kingdom of England with the responsibility for Northern England, Federated relations with Scotland and relations with most Protestant and Orthodox states. The department was initially responsible for relations only with the largely Protestant states of Northern Europe, Scotland, the RTC, Russia, the Hansa and Baltic trading leagues and the Empire. These responsibilities have evolved with the growth of globalisation and whilst the cultural-religious aspect of the portfolio remains, states such as Oregon, Alyaska and Japan are now managed by this department.

In the XVIIJth century when colonial responsibility lay with the Southern Department and England's traditional trading contact with the Hansa and Baltic leagues was in decline the Northern Department was the more junior of the two. With the comparative poverty of northern England in this period, greater influence of the aristocracy in the North and the necessity of representing the Protestant minority according to the concord reached after the English civil war the Secretary of State for the Northern Department, if a peer was as the Leader of the House of Lords.

Influential Secretaries of State for the Northern Department: 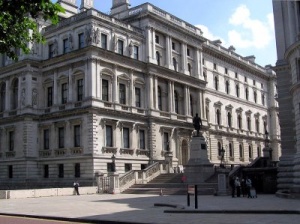 The Secretary of State for the Southern Department is a position in the cabinet of the government of Kingdom of England with the responsibility for Southern England, Federated relations with Kemr and relations with most Catholic, Muslim, Vedic and other states. The department was initially responsible for relations only with the largely Catholic states of Southern Europe, Kemr and the Ottoman Empire. These responsibilities have evolved with the growth of globalisation and whilst the cultural-religious aspect of the portfolio remains states such as Persia, the Chinas and independent Africa are now managed by this department.

In the XVIIJth century when colonial responsibility lay with the Southern Department and England's traditional trading contact with the Hansa and Baltic leagues was in decline the Southern Department was the senior of the two. With industrialisation in the XVIIJth century focused in the North, the decline of aristocratic influence in the North and a lesser need to appease Northern Protestants the Secretary of State for the Southern Department, if a peer was as the Leader of the House of Lords; however the constitutional shift in the XXth century toward the House of Commons the frequency of this has declined and since the Second Great War the Secretary of State has been a member of of the House of Commons.

Influential Secretaries of state for the Southern Department: