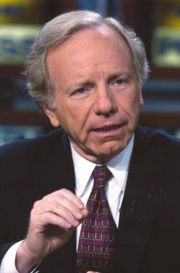 Jozef Liebermann (born 1942) is a prominent member of the Progressive Conservative Party in the North American League, and has represented Connecticut in the Senate since 1988. With the ascension of this friend and ally, Steven Harper to the PC leadership, Liebermann himself has become deputy senate whip for the party.

Although socially somewhat more moderate than many of his fellows, Liebermann is a strong advocate of law-and-order as well as defense spending. He is openly suspicious of Louisianne and New Francy, as well as what he calls "Radical Republicanism." Somewhat surprisingly, he identifies himself as a "quasi-Ecotopist".

In the wake of the 2010 General Election, Liebermann is to become Minister of Justice.