Jean-François began serving as First-President of Louisianne on September 23, 2000. His current term was scheduled to elapse on September 17, 2006. Seen as a reformer of a nation that is hopelessly corrupt by some, as an enlightened man leading a benighted country into the new millenium.

Many deterrents would have you believe that Jean-François Young is descended of Brigham Young, second prophet of the Mormons. This is not so.

Born 9 Prairial CLXVIII (29 May, 1960) to Will Young (whose father, upon arriving in the NAL changed his family's last name to 'fit-in') and Marie-Alphonse Colnet, Jean-François Young was raised in the quiet Paris-sur-Mizouri suburb of Colignève. His parents were devout Lutherans, a growing minority at the time of their relocation to Louisianne.

Jean-François Young excelled in his school work and was quickly inducted into the Navy, where he served honorably, commanding a number of coast-guard ships.

After his release from military service, he ran for, and achieved a seat in the Osage Parliament in an CXCIV (1985/1986). After serving for an unprecedented 3 years he was elected as Préfect (CXCVII, 1989/1990) and served on the National Council until the death of President Mitterand in Pluviôse, CCVIII (January/February 2000). Young was elected for two terms, but the second term was finished for him by Alouicious Dobbs.

He was recalled to the Osage Parliament where he served as party leader until the national elections for First President were held and he was elected to fill the void left by Mitterand. 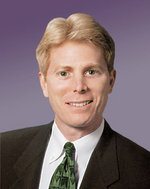 In the course of his presidency he has revalued the Louisiannan Currency, gained increased faith in the local economy at home and abroad, restored the Pays-Lointains from Florida-Caribbea, and built trade with nations around the world.

President Young has favored space ventures, and seems highly interested in possible applications of them. On 22 Thermidor, CCXII (10 August, 2004) President Young announced the formation, with Japan, of ATOE, and the creation of a space race. President Young is not only focused on Louisiannan goals, but has also looked to aid the world, as he promised in his speech earlier this year. Most recently (22 Vendémiaire, CCXIII - October 14, 2004) he announced the formation of the Régiment de la Paix, an international organization, funded in part by Louisianne for the benefit of humanity at large.

Recent news has brought question of his financial ethics, as well as his apparently endless pockets. While he has brought to light the fact of silver mines in the newly acquired mountain areas of Nouvelle Cournouaille, and the mining in Les Noirraines, there remain glaring questions about Young's monetary policy. Some would suggest that he is indebted to some form of organized crime.

Rumors suggest that Young has been approached by the Action Francaise, but at this time they are unsubstantiated.

President Young established firm trading agreements with the Tiger economies of the East Asia, including the creation of ATOE with Japan. President Young was also involved in the establishment of the Empire of Saint-Domingo, the first time since the birth of Louisianne as a nation that it has cooperated with New Francy.

In January of 2006 President Young accompanied a delegation of doctors to the affected territories of Alta California to redress the wrongs by the Arsenic poisoning caused by mining in the Alpes-Argentés. While there, an assassination attempt was made on his life, which he said was something that comes with the territory. Young was unharmed.

One of the major changes in the Louisiannan image has been brought in part by Young's wife, Anaïs Michelle Bouvier Young. In Ventôse of CCXIII (early March 2005) Mme. Young lead a tour of the First President's residence and held frank interviews with news media from across the globe, putting a human face on the reformation movement sparked by her husband.

Most have viewed this change in a positive light, but as always, there have been detractors, noteably the MP from the other side of the Mississippi.

Young's push for this transformation has been one of his political goals since he came into public life. When not conducting the National Council or involved with international affairs, M. Young can often be found in meetings with the young people of Louisianne, encouraging them to get involved in politics and make a better nation.

Young and Empress Gacudai of Japan were both shot and killed on 28 August, 2006 in Lyons-sur-Mizouri by assassin(s). The investigation was inconclusive. 27006 27007 While there were initial conflicts about his time of death, it has been confirmed that he died at 12:40, LST.

A novel was written about events just following the Assassination, based on the large number of conspiracy theories. It is being published by Éditions St-Julien, S.A.. Advance copies can be purchased by contacting them or by contacting the author.