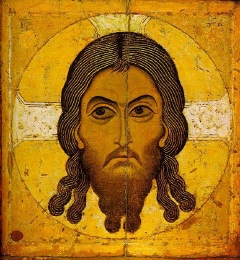 Christianity is a religious system that came into existence in the Levant about 2000 years ago, based on the teachings of Jesus of Nazareth.

Many scholars of religion divide the Christian religion into several (usually four to eight) groups or branches. Typical of this scheme is the following:

The first four groups represent the state of the original Christian Church before the era of Protestantism began; their relationship to one another is based largely on mutual schism.

Oriental Orthodoxy is the heading usually used to group the "Monophysite" or "Jacobite" churches: the Syrian and Ethiopian Orthodox churches are in this group.

The Church in the East communion includes the Assyrian, Thomist, Borneian and Religion of Light Churches in Asia; its doctrine is usually characterised as Nestorian, at least by outsiders.

Eastern Orthodoxy describes the various churches nominally headed by the Ecumenical Patriarch of Constantinople, for example the Greek, Russian and Romanian Orthodox Churches.

Western Catholicism is the group recognising the authoity of the Pope of Rome. Within this communion are represented various modes of worship, such as the Latin Rite, Cambrian Rite, Eastern Rite and others.

With Protestantism, a new era of theological and ecclesiological debate ensued, resulting in the foundation of many new denominations and subgroupings. Protestantism is largely a phenomenon of the Western Catholic tradition, though devotees of Protestant churches can be found in most countries of the world.

Restorationism is the ecclesiological theory that the Christian Church became defunct or disordered and that only a complete restoration of the early Church would ensure the promulgation of true religion.

Extralineal groups are those who have to one extent or another trace their existence to sources outside normative Christainity. Some Baptists view their church in this way; Gnostics and several other small groups claim a similar relationship to the early Christian Church.

Other groups defy placement in the conventional scheme, yet don't warrant a major heading of their own. Often these groups are marginally Christian, parallel Christian, syncretistic or cultic in nature.