Jump to: navigation, search
The Anti-Snorist Movement (or "Anti-SNOR Movement") was (and to some extent, still is) the cause which young people and radicals from Europe and America embraced in the generation following the Second Great War. To be sure, many of the older generation agreed with the essential goals of the Movement, and major political candidates at one time or another courted the members of same.

It also ended up being one of the most polarizing issues in the history of the second half of the XXth century.

At heart, the Movement looked on the SNOR regime in Russia as the worst, most pervasive tyranny on Earth. They called for treating that nation's government as a pariah, by cutting off all relations, by boycotting every business or nation which had dealings with them, by refusing them entry into international organizations or even participation in international sports events. To exchange ambassadors with the S.N.O.R. was, in the Movement's eyes, moral treason. To have money tied up in any enterprise involved up, however remotely, with the S.N.O.R. regime or its allies was grounds for loathing. The Movement looked upon the tolerance of the S.N.O.R. as a symtom of what was wrong with the world, and with the older generation in general. Most members were in favor of democratic reform and many opposed the whole idea of monarchy.

Of course, the Movement was in many ways just part of a larger trend. Part of this was relatively simple rebelliousness, but it was more than that.

Although the vast majority of those in the Movement almost certainly never read or heard of Dr. Lemmon's book, it clearly had an influence. The prominence of "Z" names (Zelda, Zachary, Malcolm Z, etc.) among those who changed their names is a clear sign of this. So too is the slang "Zonee" for many of the young people in the 1970s espcecially. The typical Zonee look--long hair, jarring colors, beads, headbands, sandals--has become both a archetype and a cliche for those in the Anti-SNOR Movement.

Here are just a few of the well-known Anti-Snor organizations: 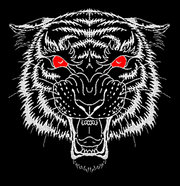 In general most members of the Movement fell into the "hardcore" and "softcore" wings.

Hardcore Anti-Snorists believed the S.N.O.R. to be simply the most obvious symptom of a dangerously sick society that needed radical surgery in order to survive. Most such were fervent Republicans, wanting to do away with the whole concept of aristocracy. Many went further, decrying inheirited wealth and speaking out against "Oligarchs" who did nothing but wield power for selfish ends. Socialism and Communism were embraced by this wing of the movement. This wing also sometimes advocated violent revolution as a means of furthering their ends. Naturally, some criminal types also used the Anti-Snor Movement as an excuse for their illegal activities.

Softcore Anti-Snorists could usually be described as fervent Social Democrats, who cared less about overthrowing institutions that reforming them with the spirit of enlightened self-interest and compassion. Such were often very suspicious of seemingly conservative groups (like the Whig Party) and leaders of the previous generation. They were much more likely to either agitate for reform in the current system or to withdraw, forming communities like that in Alphabet City in New Amsterdam, where alternate lifestyles were explored. Zonees tended to Softcore, and they as a rule were more likely to indulge in narcotic drugs than Harcores (who were more likely to sell them). More, the Softcore Anti-Snorists tended to avowedly seek after Gay Rights--a cause that won them considerable animosity from some religious groups.

Many if not most Conservative pundits fail completely to see any difference between the two wings, or even that the two wings exist.

Demonstrations against the Russian government became fairly common by 1979. So too were protests such as splashing Russian Orthodox Churches with blood-red paint. Sometimes individuals also were targetted, such as performers who had appeared before visiting Russian dignitaries. A few extremists went so far as to burn down college buildings--especially those containing the Russian Language Departments. Sit-in protests or blanketting areas with posters were far more the rule, however.

Probably the most prominent figures of the Movement was the immensely popular rock band NoMoreEagleZ whose name alone was a slogan. Their hit single "Far From The S.N.O.R." was for all practical purposes the Movement's anthem.

It was an article of faith among the true believers that Russian agents were doing their best to quell dissent even outside their borders, and were in league with the worst elements in every nation--ruthless corporations, organized crime, etc. Books purporting to "prove" Snorist involvement in everything from the loss of Gwenedd's Pride to the death of seemingly every famous person emerged almost every year by the late 1970s. Little wonder, given how well they sold.

Another article of faith among Anti-Snorists was that the Second Great War would have been better fought by the Allies united with the Holy Roman Empire against Russia.

The Movement might have been winding down when it suddenly re-emerged in the wake of the murder of GM James Wainwright. Most Anti-Snorists tended to look at least somewhat favorably upon Wainwright, who generally wanted the NAL to have as little to do with Russia as feasible and clearly lacked what some called "Imperial Pretentions" such as those of Ed and "Bobby" O'Kinneide. Following his murder, however, Wainwright was transformed into an icon--a martyr to the vision of how the world could and should be.

One of the most popular symbols of the Movement was a heraldric eagle, upside down. As a sign of "solidarity" with the oppressed peoples of Russia, many young people assumed Russian versions of their names (Peter = Pyotr, Helen = Yelena, etc.). Other iconography included HRE memorabilia. But the most famous symbol of all was the "XC" mark, a stylized presentation of the letter "C" (the Cyrillic "S" for SNOR) crossed out. Literally millions of different t-shirts with this design were sold between 1977 and 1990. They still sell well to this day.

The most influential person (so far) to have belonged to the Movement (albeit rather peripherally) was former NAL GM William Josiah Clinton. Some consider the Kemrese monarch Pedr V to fall into this category as well.

With the fall of the old Russia, the Anti-Snorists have in effect had a rug pulled out from under them, although they still maintain that "Snorist tendencies" are rampant and must be targetted. These include various Anti-Monarchal groups in places like the Scandinavian Realm, the Federated Kingdoms and the North American League.

With the rise of the Watergap Scandal in the NAL, the Anti-Snors have a new target for their ire.