Alouicious Dobbs has been an economist, a bureaucrat in the Banque Nationale, and now serves as Prefect of Osage. It's because of his conservative immigration/emmigration policies that Louisiannan industry has flourished, as he's lobbied for and implemented grants and low-interest loans for inventors, as well as tax-breaks for companies willing to relocate to Osage. 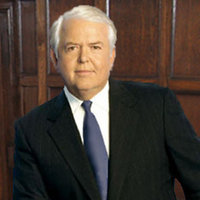 Prefect Dobbs has brough much manufacturing to the cities of Osage, and has been pivotal in negotiations involving Dorris Motorworks' 2005 merger with Miçubixi Motors.

An economic downturn in the NAL-SLC in 2008 produced an increased demand for Louisiannan goods given that they often sell for a lesser price than similarly made NAL goods. Dobbs lobbied successfully to his constituents to allow a tax-break for any industries relocating to Osage.

In 2009, Dobbs announced his retirement from public service following the election later that year.