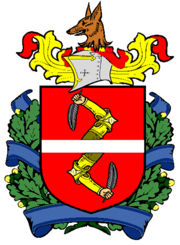 Albert Arnold Gore, Sr. (December 26, 1907–December 5, 1998), an American politician and member of the Whig Party, was a Deputy and a Senator from Tenisi then Kemrese Viceroy for the NAL. He was the father of future General Moderator Albert A. Gore, Jr.

The son of farmers, Gore was born in Granville, Tenisi. He taught in the rural schools before serving as riding superintendent of education from 1932 to 1936, was admitted to the bar in 1936, and commenced practice in Carthage, Tenisi. After serving as Tenisi Lord Commissioner of Labour from 1936 to 1937, he was elected as a Whig to the House of Deputies in 1938, and served until his resignation on December 4, 1944, to enter the Continental Army. Elected to the Senate in 1952. Gore's election is widely regarded as a major turning point in Tenisi political history and as marking the end of province-wide influence for H.E. Crump, the Memfis political boss.

Gore earned the enmity of GM Juanita Edith Baker-Stuart when he was among those to insist on an official inquiry of the Albatross-2 Incident. During the 1960s he rose to the position of Senate Whip, which put him in rivalry with the then-governing Progressive Conservative Party. In 1980 he was the Kemrese Caucus' choice to become Kemrese Viceroy, a post which he served from 1980 until 1995, acting as First Viceroy from 1992 to 1995 before retiring. He died three years later, three weeks shy of his 91st birthday and was buried in Carthage.