Africa is roughly divided geopolitically into the five regions based upon geography, shared alliances, economic situation, history and culture. 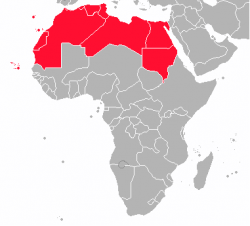 North Africa is largely populated by Arabs and Berber with population centres, economy and political alignment focused toward the Mediterranean basin and the Middle East. Historically divided principally between French, Sicilian and FK colonialism, Castille, Aragon, France and the Two Sicilies currently govern integrated territories all with populations consisting of native Muslims as well as large numbers of European Christian colonists. Egypt, Libya and the Maghreb are all important powers in the Arab and Islamic worlds. The Maghreb and Egypt, following the Khedival restoration, enjoy cordial relations with their former rulers whilst Libya in recent years has enjoyed a thawing of once frosty relations with the Great Powers.

North Africa consists of the following countries and territories; 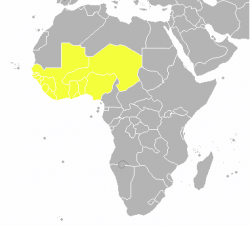 West Africa was one of the first regions in Africa to experience large-scale European colonisation and is currently comprised of a number of small territories integrated into the metropolitan realms and larger developing countries. After an era of political instability following decolonisation, the region is now largely stable. Culturally the colonising nations have had a strong effect upon West Africa, including mostly replacing traditional religions with Christianity along the coast whilst the interior remains largely Islamic.

West Africa consists of the following countries and territories; 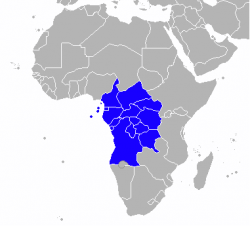 Central Africa is one of the poorest and least developed regions in the world. In the past the region was dominated by the harshest of the European Colonial regimes on the coast and by undeveloped, insular and regressive native states and protectorates in the interior. Also known as Middle Africa, it is currently extremely politically unstable and a number of states have in the past fragmented and are currently engaged in hostilities or civil conflicts, many based upon traditional tribal rivalries. Christianity is prevalent on the coast and traditional religions within the interior.

The following territories and countries are part of Central Africa; 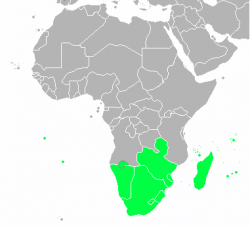 Southern Africa is the most heavily Europeanised section of the African Continent with a succession of extensive settlement programs by the Batavians, Chinese and later the [[Federated Kingdoms|FK] having widely spread Europeans and their languages and Christianity in the region. Large numbers of Chinese are also found in the region descended from exiles from Chinese East Africa and trading posts along the western shore of the Indian Ocean. Following the Boerwoer the entire mainland portion of the region came under Federated Kingdoms control, developing into the English-governed Union of South Africa and Kemrese Rhodesia. Following the Great Oriental War, Madagascar came into the FK's political orbit. Following independence of South Africa and Rhodesia a number of Black African Islamic states became independent of the FK; later the civil war between Black African, Boer and British settlers in South Africa ended with the Cairo Accords and the independence of Southwest Africa, a calvinist Boer stronghold and reform in the Union of South Africa's governence. Since the end of the civil war the region has returned to the fast progress and extending the high levels of development already present. 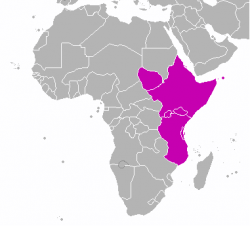 East Africa has historically been the stronghold of non-European power in sub-saharan Africa. In the north Ethiopia and its unofficial client state Cordofania are strongholds of Coptic Orthodoxy, having overthrown the Judaic monarchy in the early modern period; this is also the faith of the Muslims of English administered Socotra. In the early mediaeval period Islamic conquest penetrated far south through East Africa and the region has a high Muslim population to this day. Prior to the Great Oriental War and the reconquest of Rhodesia, China was also formerly a major power in the region. China overcame Omani and other Arab trading powers to establish large colonies and interior protectorates which have left a continuing cultural mark on the region through syncretic religion, cultural transfer and language now limited in the decentralised and largely locally governed Chinese East Africa. The Lithuanian and Slavic colonies around the Lake of Many Names, at their height before the Second Great War, have also left a small but lasting effect upon that part of East Africa.