Solicitor from Kentucky province. After serving in several minor capacities in Kentuckey and Illinoise and after practicing law for ten years, Lincoln served as MP (Whig) from Illinoise between 1847 and 1858 and GM (Whig) for the term of 1863 to 1872. Later was made a judge on the High Court in 1875 by his successor George McClellan and served until his death in 1900.

The Treaty of Friendship & Harmony created the Unincorporated Territories during his tenure as GM. 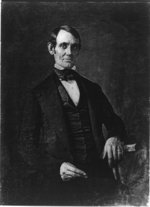 Retrieved from "http://ib.frath.net/w/Abram_Lincoln"
Category: General Moderators of the NAL